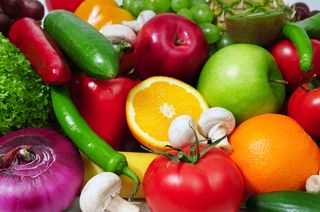 Young children may be more willing to eat their vegetables when the foods are cooked for just the right amount of time –  not too quickly and not too slowly, a new study from Australia suggests.

In the study, which involved 82 girls and boys ages 5 and 6, children said they liked the taste of broccoli and cauliflower more when the vegetables were cooked for a medium amount of time (6 to 8 minutes) than when they were cooked a shorter (2 to 3 minutes) or longer time (10 to 14 minutes).

These findings were true regardless of whether or not the youngsters typically consumed a lot of vegetables. [See 4 Tips for Sneaking 'Health' into Your Kids' Food.]

The children also preferred broccoli that was steamed rather than boiled; they didn't have a favorite cooking method for cauliflower, the researchers said. Broccoli steamed for a longer period of time is more bitter, which may explain why the children didn't like it. By contrast, the bitterness of cauliflower didn't change much when it was cooked for a longer period.

Because steamed veggies retain more nutrients than their boiled counterparts, and kids seem to like the way they taste, there may be an advantage to steaming vegetables rather than boiling them, the researchers said.

However, because the study was conducted in a laboratory, it's not clear if the findings would hold in a real world setting, or apply to especially picky eaters, the researchers said. Future research is also needed to determine if the results would be comparable when vegetables were served as part of a meal, rather than a la carte.

The study, conducted by researchers at the Commonwealth Scientific and Industrial Research Organisation, is to be published in an upcoming issue of the journal Food Quality and Preference.

Pass it on: Kids prefer broccoli and cauliflower to be cooked for 6 to 8 minutes.