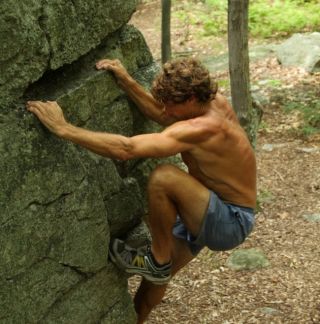 From freezing mountain camps to busy roads with no bike lanes, many challenges await conservationist and explorer John Davis, who will tackle a 5,000-mile (8,000 kilometers) trek from Mexico to Canada beginning Jan. 25.

Davis, who has already completed a 7,600-mile (12,200 km) journey along the length of the East Coast, plans to hike, bike and paddle the spine of the Rocky Mountains to highlight the need for wildlife corridors in the West. Wildlife corridors are protected links between isolated patches of habitat. The corridors allow animals to travel long distances for food and resources, and interbreed more widely.

Davis will follow critical wildlife corridors along the Rockies from Sonora, Mexico, to British Columbia, Canada. He plans to share the stories of cougars, wolves and grizzlies by experiencing long-distance travel from the perspective of these wide-ranging animals, according to a statement from the Wildlands Network, a trip sponsor and nonprofit organization co-founded by Davis.

"So many people around the world love the landscapes and animals that are the timeless icons of western North America," Davis said in the statement. "Sadly, many do not realize how highly threatened they've become, given the unrelenting creation of barriers that prevent wildlife from going the distances they need to find mates, homes and food."

While much of the trip will be solo, Davis will also welcome supporters to join him during the 10-month journey along the Western Wildway, a wildlife corridor proposed by the Wildlands Network that would run from northern Alaska down to Mexico. The Wildway Network will also help collect scientific data, photograph species and showcase habitat protection projects along the route, the statement said.

"By connecting the interests of a diverse base of people who rely on healthy landscapes for their lifestyles, well-being and incomes, creative solutions that keep wildlands functioning can result," Davis said of the wildway and his effort to bring attention to it.