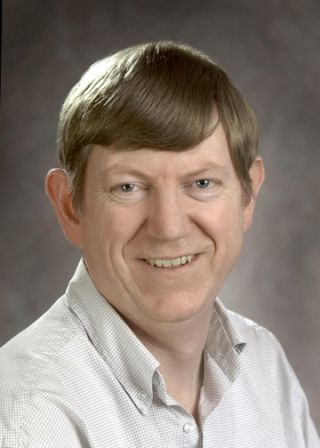 Statistics researcher Iain Johnstone became immersed in the world of statistics like so many young people do, as a sports fan. He is a native of Australia, so in his case, an enthusiasm for sports had him following the stats of cricket stars such as Donald Bradman. Today, he deals with weightier topics, and is drawn to the field of statistics for its blend of theory and application, what he calls "an ideal combination of the concrete analysis of data with the opportunity to use mathematics in a powerful way . . . [Y]ou can work on a variety of projects, some quite applied, and others more theoretical and make contributions of different types on each . . ."

Johnstone is a professor of quantitative science in the Department of Statistics at Stanford University, with a joint appointment in biostatistics in Stanford's School of Medicine. He received his Ph.D. in Statistics from Cornell in 1981. He also is a member of the U.S. National Academy of Sciences and the American Academy of Arts and Sciences and a former president of the Institute of Mathematical Statistics.

Below, he answers our 10 questions.

I found maths relatively easy and fun in school, and it didn’t tax my lousy memory in the way that some of the other sciences did. Since when I was younger, we only encountered statistics at university, it was then that I found that statistics seemed to me to provide an ideal combination of the concrete analysis of data with the opportunity to use mathematics in a powerful way. I found that you can work on a variety of projects, some quite applied, and others more theoretical and make contributions of different types on each, and then I was hooked.

When I was a young researcher, my senior colleagues told me, “Do what you like, but do it well.”

They also told me that vast productivity was not necessary or even necessarily good, and this gave me the freedom to pursue the topics I was interested in, without always feeling that I had to hurry to get the next paper out. Another sentence I remembered from a mentor was attributed to Henri Poincare: “a young mathematician has many beginnings” — which I took as permission to be a bit of a dilettante.

I suppose at least some statisticians find their vocation through a fascination with data and figuring out what it (or they, as data is grammatically a plural) mean. In my case, I grew up in Australia, with a fascination for cricket, and so I would keep score like a maniac, following along with the so-called “first class” games, not realizing of course then that that’s called collecting data. There was a time when I knew and understood all the arcane statistics associated with Donald Bradman’s career, perhaps the greatest batsman ever, such as why his career test batting average was 99.94. But I also want to say that what really turned me on to a career in statistics was the university, where I had my first contact with people who were really passionate about mathematics and statistics.

The excitement of finding out something new, especially after a period of groping around without success. And the freedom, at least some of the time, to follow your curiosity where it takes you, because you never know where you will end up. To illustrate: I was involved in a group consulting activity many years ago, but didn’t consciously pursue the research questions that we were posed at the time. Browsing through old files recently, I was amazed to see that a largest eigenvalue problem I got interested in much later, and on which I wrote an influential paper, was actually one that was posed to that group and I had — at least at the conscious level — completely forgotten that!

To be effective, I think it is more than one thing. First, it helps to be broadly curious both within and beyond your subject, and of course to have good ideas. To that I would add a researcher needs enthusiasm and tenacity in order to follow through on those ideas, for example if the first few things you try don’t work, or if the referees of your papers aren’t instantly convinced of the importance of your results. And a collaborative spirit is very helpful, because much research, especially in statistics, is interdisciplinary, and working with other like-minded people is just very enriching and fun.

We (my co-principal investigator David Donoho and I and our students) study statistical theory and methods, so the benefits to society are indirect, but very real. They come through the work of other scientists and engineers who either use our results or are in some way influenced by them. My work has been used by genetics researchers in genome-wide association studies, which look for genes associated with serious diseases.

David’s has contributed to the founding of a new technology known as compressed sensing, which for example has led other researchers to develop methods that allow magnetic resonance imaging machines to capture images much more quickly. Some of our earlier work together contributed to the wider use of wavelet-based methods in signal and image processing.

Staying for this answer with people who are no longer with us, I would mention Fisher and Wald. R. A. Fisher was perhaps the most influential statistician of the last century, and introduced and studied deeply many of the ideas and methods that are now basic to our subject. Abraham Wald laid the foundations of statistical decision theory, which provides a framework for principled comparison of statistical methods.

Perhaps it would be the huge variety of experiences and ways of working that are available to a statistics researcher. You can be a solitary investigator, or work in a small group, or in a large team, and often you can be on projects of each type at the same time. You can be thoroughly immersed in a particular domain of application, such as genetics or neuroscience; or you can work on core problems that are common to several application areas. You can use mathematics as your primary research tool, or computational investigation, or even (in the case of a few of my colleagues) run a wet lab. You can work in academia, or in the private sector (both start-up and multinational), or in government, and perhaps all three along the stages of a career.

Well, it’s not the interesting answer you might be hoping for, but my laptop would have to be first, as it has my scientific life on it. The second choice might be my copy of the collected works of RA Fisher, as so many of the fundamental ideas of statistics may be found there, along with a wonderful geometric intuition.

Well it would be classical music, especially Bach. However, my partner is from Spain, and so I spend of lot of time in the car with audiobooks in Spanish trying to improve my comprehension, so that I can do a bit better with her family when we visit!