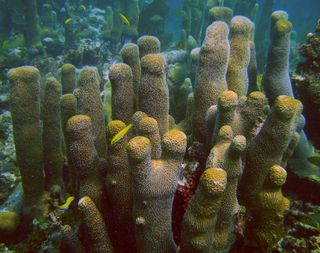 A federal agency has proposed listing 66 species of coral under the Endangered Species Act, which would bolster protections of the animals.

The proposed listing comes after a 2009 petition by the Center for Biological Diversity, an environmental group, asserting that the federal government needed to do more to protect coral species.

The listing could lead to further protections for areas where these corals live, perhaps earning them designation as "critical habitat." Such a step would restrict commercial activities in the areas, while preventing any trade or harvesting of the corals.

"Corals provide habitat to support fisheries that feed millions of people; generate jobs and income to local economies through recreation, tourism and fisheries; and protect coastlines from storms and erosion," said NOAA administrator Jane Lubchenco in a statement from the agency.

"Yet, scientific research indicates that climate change and other activities are putting these corals at risk. This is an important, sensible next step toward preserving the benefits provided by these species, both now and into the future."

NOAA has identified 19 threats to the survival of coral, including ocean acidification, rising ocean temperatures and coral diseases. As the concentration of carbon dioxide increases in the atmosphere, the oceans warm beyond what corals can withstand, leading to coral bleaching and eventually to die-offs.

Before the proposed listing is finalized in late 2013, the agency will hold 18 public meetings during a 90-day public comment period.