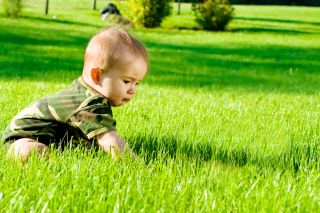 Children are particularly vulnerable to the potentially toxic effects of pesticides, and steps should be taken to limit kids' exposure to these chemicals as much as possible, pediatricians say.

Kids are exposed to pesticides everyday through the air, dust and soil, and their food, according to the American Academy of Pediatrics, which published a report today (Nov. 26) about the topic.

Exposure to high doses of pesticides, which can occur if a child unintentionally ingests a product such as weed or insect killer, is known to cause serious problems, including vomiting, breathing problems, seizures and even death. [See Is Pesticide Spraying Safe?]

But there's also emerging evidence that long-term exposure to lower doses of pesticides can harm children, the AAP says. Studies have linked exposure to pesticides while in the womb with an increased risk of cancers in children, including brain cancer and leukemia. Parents in these studies, were exposed to pesticides either at their work, or while using pesticides around the house.

Parents can reduce pesticide exposure by aiming to control pests in homes and gardens in the least toxic ways, the AAP says. For instance, to control cockroaches, families can keep garbage in containers with lids, eliminate plumbing leaks and use the least toxic insecticides, such as boric acid, in cracks and crevices, the report says.

Families should avoid using lawn products that combine pesticides and fertilizers because use of these products tends to result in over-application of pesticides, the AAP said.

Pediatricians should ask parents about pesticide use in the home, and recommend minimal-risk products and safe storage practices (such as storing pesticides in a locked cabinet or building), the AAP said.

Government regulators should take steps to increase economic incentives for farmers who use less toxic pesticides, and support research to better understand the health risks of pesticides, the AAP said.

Pass it on: Kids' exposure to pesticides should be limited as much as possible, doctors say.