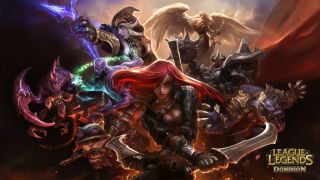 The popular online game 'League of Legends' has an honor system to discourage bad behavior among players.
(Image: © Riot Games)

Online competition among gamers can easily degenerate into a cesspool of insults and abusive behavior. One of the world's most popular online games, called "League of Legends," figured out a solution by enlisting social scientists to help create an "Honor" system that rewards good behavior.'

The free-to-play game "League of Legends" faces the tough task of monitoring the behavior of 32 million active players as of October. That challenge compelled the game's maker, Riot Games, to ask social scientists and statisticians to create a game within the game that promoted good deeds rather bad behavior, according to BBC News.

Perhaps it's not a surprise that "League of Legends" can lead to players heaping verbal abuse and insults on one another. The game features intense competition between teams of players who control hero characters as they try to destroy the opposing team's base.

But the "League of Legends" Honor system offers a solution that combines the thrill of competition with visible social prestige. Players all have a limited number of points that they can award to opponents who exhibited one of four honorable traits — being friendly, helpful, showing teamwork or acting as an honorable opponent.

Results from the first month since the Honor system went live have proved promising. Riot Games tracked a 35 percent drop in offensive language among players in "normal-rated" games, as well as a 41 percent drop in verbal abuse.

The system's apparent success may rely upon the social nature of its reward and honor rankings. Competitive players can see how well they stack up in honor against friends — an extra incentive for them to be on their best behavior rather than behave as online trolls.

Riot Games' experts made sure to design the system so that players could not exploit the honor system itself. For instance, the system can spot players who behaved badly but still received honor points from friends. It also gives more weight to honor points awarded by strangers rather than friends.