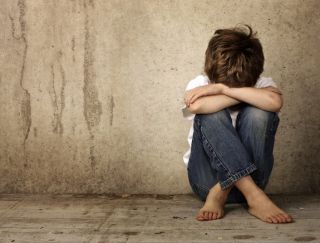 Social isolation during critical years of maturation can wreak havoc on the brain, scientists report in the Sept. 13, 2012, issue of the journal Science.
(Image: © Suzanne Tucker | Shutterstock)

Social isolation in youth may wreak havoc on the brain by disrupting a protein crucial to the development of the nervous system's support cells, new research finds.

A new study in mice finds that when the animals are isolated during a crucial early period, brain cells called oligodendrocytes fail to mature properly. Oligodendrocytes build the fatty, insulating sheathes that cushion neurons, and their dysfunction seems to cause long-lasting behavioral changes.

Research in rhesus monkeys and humans has shown that social isolation during childhood has an array of nasty and lifelong effects, from cognitive and social problems in neglected children to working memory troubles in isolated monkeys. These children and monkeys also show abnormalities in the white matter of the brain, which includes support cells such as oligodendrocytes as well as the fat-covered neural projections that act as the brain's communication system.

But while previous studies had noted a correlation between white matter problems and cognitive struggles after isolation, they could not prove one caused the other. Gabriel Corfas, a professor of neurology and otolaryngology at Boston Children's Hospital and Harvard Medical School, and his colleagues wanted to understand how the relationship works. They took baby mice from their mothers at 21 days of age, right after weaning. Some of the young mice were put in typical laboratory conditions, living in a cage with three other mice. Another group was given an enriched environment, with lots of mousey company and an ever-changing array of toys. The final group of mice was put in individual isolation for two weeks, never seeing another rodent.

The effects of isolation

At 50 days of age, the mice were tested for sociability and working memory. In line with previous findings, the isolated mice struggled with both, while the enriched and normal-environment mice did fine. Soon after, the researchers examined the brains of all three groups for abnormalities. [Top 10 Controversial Psychiatric Disorders]

They found no problems in the normal-environment and enriched-environment mice. But the animals that had been left all alone had strange, stumpy oligodendrocytes. These cells usually have long, complex projections (called axons) that reach out almost like tree roots. In the isolated mice, however, the oligodendrocyte projections were short and simple, without their usual complexity.

What's more, the isolated mice had thinner protective sheathes around these neural axons, the projections that brain cells use to communicate. These sheathes, which are made of a fatty substance called myelin, help insulate axons and speed up neuron-to-neuron chatter.

Next, Corfas and his colleagues went looking for the cause of this white matter damage. Previous research has turned up a possible, though somewhat controversial, link between white matter dysfunction and a molecular communications chain called ErbB. Oligodendrocytes have receptors called ErbB3, which respond to a protein called neuregulin-1, and are involved in that communications chain.

First, they pinpointed the crucial period of oligodendrocyte maturation in the prefrontal cortex, the brain region associated with planning, higher-level thought and social interaction. In mice, that period is between 21 and 35 days of age. Then the researchers disabled the ErbB3 receptors on the oligodendrocytes, so no matter how much neuregulin-1 the body produced, the message could never get through. The result? The mice acted socially and behaviorally stunted, as if they'd been isolated — even though they never had. The disruption also mimicked the thinning of myeline (the fatty substance that protects the axons) caused by isolation. [Amazing Images: Inside the Brain]

"It indicates that the ability of the ErbB signaling of oligodendrocytes is essential for the prefrontal cortex absorbing the benefits of social interaction during this juvenile period," Corfas, who is also affiliated with the F.M. Kirby Neurobiology Center at Boston Children's Hospital, told LiveScience.

The researchers now suspect that social isolation somehow reduces the amount of neuregulin-1 in the brain, leading to the oligodendrocyte and myelin problems.

Next, Corfas said, the goal is to understand which facet of isolation is responsible for the changes and how the isolation acts to changed neuregulin-1 production. Some of the myelination changes produced from isolation are also seen in patients with bipolar disorder and schizophrenia, Corfas said, making the project promising for a number of neuropsychiatric disorders.

"The genes we are working with have been shown to be linked with these disorders, and also white matter defects have been proven to be correlated with those disorders as well," he said. "So our lab and other investigators are working to try to understand how those pathways and these genetic susceptibilities may be linked to produce neuropsychiatric disorders."