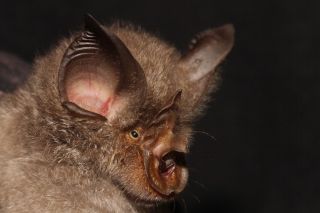 Scientists had thought all four belonged to a single species, Hildebrandt's horseshoe bat (Rhinolophus hildebrandtii), first described in 1878. But reports of different echolocation frequencies recorded among the bats suggested there might be rifts in the species. (Sonar calls are often used to identify different types of bats.)

The horseshoe bat family is characterized by their intricately shaped flaps dubbed "noseleaves" around their nostrils. While most bats emit sonar from their mouths, these bats send out their echolocation signals from their noses. Previous research showed that grooves created by the horseshoe bats' noseleaves help focus their sonar calls.

The new bats were described Wednesday (Sept. 12) in the journal PLoS ONE.