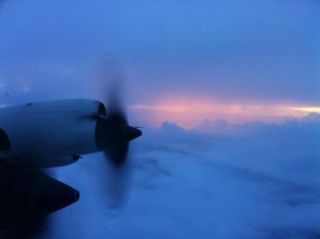 With Tropical Storm Isaac spinning toward the Gulf Coast, officials have issued hurricane warnings and ordered thousands to evacuate. But emergency personnel might have some trouble convincing residents to get out of harm's way. Research shows that many are reluctant to leave in the face of a Category 1 or Category 2 hurricane.

"People say, 'Oh Category 1, no big deal.' But any hurricane is a big deal, and people need to recognize that and take precautions," said Susan Cutter, director of the Hazards and Vulnerability Research Institute at the University of South Carolina (USC).

There are already evacuations happening in response to Isaac, with mandatory evacuation orders in place for parts of Alabama's Baldwin County and Mobile County as well as the east bank of Plaquemines Parish in Louisiana to the southeast of New Orleans.

Cutter and her team conducted a survey last year and found that nearly two-thirds (61 percent) of South Carolina residents along the coast said they were unlikely to evacuate ahead of a Category 1 or Category 2 hurricane. This held true for residents in designated storm surge zones, where deadly levels of flooding are possible if a hurricane hits.

The poll found that mandatory evacuation orders were more effective, with 75 percent of residents saying they would leave if such a mandate was issued for a Category 1 or Category 2 hurricane. But just 50 percent said they would go if the evacuation was recommended instead of mandatory, the survey found.

About three-quarters of residents (74 percent) said they were more likely to leave if they knew they could return home within three days. But if they couldn't return for a week, willingness to evacuate dropped to 55 percent and then to 45 percent for a two-week wait or longer, the survey showed.

Sometimes pets can play a major part in decisions to evacuate, Cutter's team found, with 95 percent of pet-owners saying they would bring their dogs, cats and other animals if forced to evacuate.

"We have seen evidence in the literature that one of the reasons people don't evacuate is because of family pets," Cutter said in USC's statement. "Not all public shelters accept pets. Not all hotels are pet-friendly. Families need to bring food for the pets. So it's definitely a factor in some households."

The survey, conducted between March and May of 2011, sampled 3,272 residents in the eight coastal counties in South Carolina on their past and potential evacuation behavior in response to hurricanes. The poll had a margin of error of 1.71 percent.