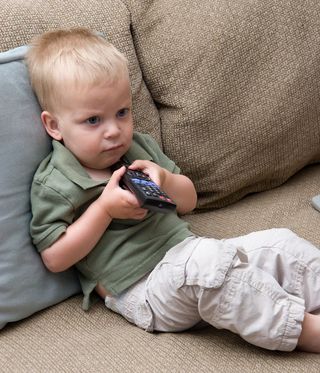 "Don't sit too close to the TV or you'll ruin your eyesight!" was once uttered by concerned parents around the world. And at one point in time, it actually may have been true. The myth got its start in the late 1960s, when General Electric sold television sets that emitted levels of radiation as much as 100,000 times more than what federal health experts considered safe. To its credit, GE quickly recalled and repaired its hazardous TVs. But there was a danger even before GE's big blunder. Televisions developed before the 1950s emitted levels of radiation that could heighten a person's risk of eye problems after repeated and extended exposure, Dr. Norman Saffra, chairman of ophthalmology at Maimonides Medical Center in Brooklyn, told the New York Times. [5 Everyday Things that Are Radioactive] These issues are now a thing of past; modern TVs come with proper shielding to block radiation. Nowadays, the only eye problems that televisions cause are strain and fatigue, both of which can be cured by simply resting your eyes. (The same goes for another popular old wives' tale about reading in dim light.)