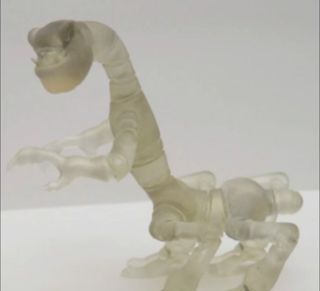 A jointed, poseable cartoon insect 3D printed from a digital design that didn't originally have joints. Researchers are working on programs that would allow people to print more sophisticated objects in 3D printers, without having to have the expertise to create sophisticated designs.
(Image: © From "Fabricating Articulated Characters from Skinned Meshes" by Moritz Baecher on Vimeo)

LOS ANGELES — It doesn't take an engineer to type up a document and send it to a printer. Now researchers are working on making 3D printing just as easy, so that in the future, nonexperts can use 3D printers to manufacture anything they like.

"Our goal is for the casual user to be able to make a design," Radomír Mech, a senior researcher at Adobe Systems, told InnovationNewsDaily after a presentation here by one of his colleagues yesterday (Aug. 7).

Three-dimensional printers are now available that allow people to make toys and other items at home. Printer owners can create their own digital designs — the equivalent of a document saved on a computer — or choose a design from a database to send to their printers. The technology is still new, however, and it can be difficult for nonexperts to make complex designs that the printer is still able to print and that work as expected. [US Ready to Bet $60 Million on 3D Printing]

Adobe and another research group, based at several universities, presented their work on the next generation of 3D printing programs at SIGGRAPH, a conference about interactive technologies hosted by the Association for Computing Machinery. Such programs would allow nonexperts to create more sophisticated objects.

The programs are a "first step toward a 3D print button," said Moritz Bächer, a doctoral student in graphics and interactive technology at Harvard University.

Bächer showed a program he wrote that turns a digital blueprint for a rigid object into a flexible, jointed design. A rigid dragon, for example, could get joints for its legs and wings, while a rigid hand could get moveable knuckles and a wrist.

To demonstrate the program, Bächer and his colleagues turned the digital designs for 3D cartoon insects, monsters and a hand into jointed plastic toys. One insect had about a dozen joints in its flexible body, plus more joints in its legs.

When researchers and home 3D printer owners design blueprints for 3D printers now, they have no way of knowing if the design may break when they pick the object up, ship it in the mail or do other things. M?ch has encountered the problem himself, he said, after receiving shipments from 3D printers that were broken upon arrival.

"Our goal was to develop a method that would ultimately detect and correct all these structural problems of computer models before they are even printed," said Ondrej Stava, M?ch's colleague who presented their work.

Stava wrote a program that scans a digital blueprint and identifies weak points by finding places where the object would be most affected by gravity and where people are likely to grip the object to pick it up.

As an example, Stava showed a blueprint for a 3D cartoon banana with huge eyes and thin arms and legs. The program identified the legs as a weak point — Stava also showed a video of someone pushing down on a 3D-printed banana man and breaking his legs — and suggested a tiny strut to hold up the banana man underneath his back. [10 Incredible 3-D Printed Products]

Not ready for market yet

Home 3D printing is still new, so research is just starting on making 3D printer designs easier for people to create. Technologies like Stava's and Bächer's aren't ready for the market yet, M?ch said. He said he couldn’t guess when people may see an Adobe-branded 3D printing program on store shelves.

Yet the idea may be spreading. To Adobe's knowledge, no one else has published research about identifying weaknesses in people's designs, Stava said, but he has heard of other companies working on it.

"So solutions could come from other companies, too," he said. "I just want 3D printing to spread."