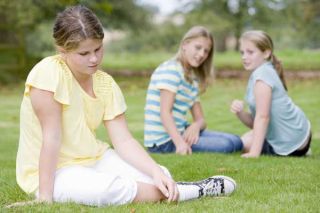 Researchers have linked two new genes with an increased risk of obesity in children, a new study says.

The genes show a strong association with childhood obesity, the researchers say.

Previous studies have identified genes associated with obesity in adults, and in children with extreme obesity due to an underlying condition, but the new study is the first to link genes with childhood obesity in the general population.

"We see a clear genetic signature to childhood obesity, showing there is more than just an environmental component to this disease," said study researcher Struan Grant, associate director of the Center for Applied Genomics at The Children's Hospital of Philadelphia.

It's still not clear how the genes act to increase obesity risk, Grant said, but they operate in the gut.

The study, conducted by an international group of researchers, was published online Sunday (April 8) in the journal Nature Genetics.

Since 1980, childhood obesity has tripled in the United States, and currently, one-third of children and adolescents are overweight or obese, according to the Centers for Disease Control and Prevention.

While factors such as unhealthy foods and lack of physical activity have contributed to the rise in childhood obesity rates, studies of families and twins show obesity has a genetic component as well, the researchers said.

A gene called OLFM4 on chromosome 13, and one called HOXB5 on chromosome 17 were the closest genes to the markers. Additional research is needed to confirm these genes are, in fact, the ones that play a role in child obesity, and that the link is not due to other nearby genes, the researchers said.

"This work opens up new avenues to explore the genetics of common childhood obesity," Grant said. "Much work remains to be done, but these findings may ultimately be useful in helping to design future preventive interventions and treatments for children, based on their individual genomes," he said.

Pass it on:  Two new genes linked with childhood obesity have been found.