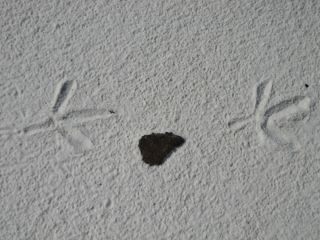 Nearly two years after the Deepwater Horizon disaster gushed millions of barrels of oil into the Gulf of Mexico, tar balls from the spill still turn up on Alabama's shores after storms. Now, one researcher is recommending that people steer clear of these tar balls after studies find them chock-full of potentially deadly bacteria.

In research published online November 2011 in the journal EcoHealth, Auburn University microbiologist Cova Arias and colleagues discovered that Deepwater Horizon tar balls found months after the spill contained high levels of bacteria, including 10 times the level of Vibrio vulnificus as found in the surrounding sand, a finding first reported by the Associated Press. V. vulnificus is the leading cause of seafood-borne disease fatalities nationwide, and it has a fatality rate of 20 to 30 percent when it infects skin wounds.

"We don't know what the real risk is at this point," Arias told LiveScience. But to be safe, beachgoers should avoid handling the tar balls, she said.

About 4.9 million barrels of oil, or 205 million gallons, spilled from a riser pipe in the seafloor after the Deepwater Horizon rig exploded and sank in late April 2010. Some of that oil persists in the Gulf in the form of tar balls. [Deepwater Horizon: Images of the Impact]

Arias and her colleagues collected tar balls from beaches in Alabama and Mississippi from July through October 2010, shortly after the spill was capped. They found between 20 and 40 tar balls per about every 11 square feet (1 square meter), with each tar ball about 1.2 inches (3 centimeters) across. The team also collected sand and water samples.

Analyses of these samples showed a surprisingly high number of total bacteria in the tar balls — between 5.1 million and 8.3 million colony-forming units per gram, much higher than in sand or seawater. Most alarmingly, V. vulnificus numbers in tar balls were 10 times that in nearby sand and 100 times higher than numbers in seawater samples.

The finding was surprising, Arias said, though it makes sense that bacteria would thrive in carbon-rich tar balls. It's likely the V. vulnificus live off the byproducts of other carbon-eating bacteria in these oily chunks, she said.

Arias is now trying to secure funding to take a closer look at tar balls along the entire Gulf Coast in the summer, when V. vulnificus thrives. At the very least, she plans to continue sampling part of the coast this summer in order to monitor the situation and to find out if newly washed-up tar balls hold similar amounts of bacteria. In the meantime, beachgoers should stay away from tar balls, she said, especially people who have compromised immune systems or open wounds.

"If you happen to touch a tar ball, just wash your hands and try to avoid contact," Arias said.