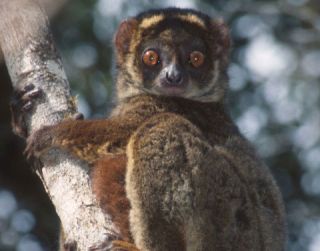 The mysteriously rich diversity of life on the isle of Madagascar might have arrived there in part on 'floating islands' carried by ocean currents, researchers now say.

Madagascar, the world's fourth largest island, is the sole home to a wide variety of animal species, most of which are thought to have reached Madagascar after plate tectonics separated it from Africa and other continents.

"The island has been fully isolated for more than 80 million years, which is well before the time period most of its animals are thought to have evolved, meaning many groups could not have been stranded there before the continents broke apart," said researcher Karen Samonds, a paleontologist at the University of Queensland in Australia.

How some of the island's more land-bound creatures arrived there is an enigma, given how Africa, the closest landmass to Madagascar, is now about 250 miles (400 kilometers) away. To figure out how the ancestors of Madagascar's animals reached the island, researchers sought to decipher the patterns of arrival of the more than 80 groups of species that exist there.

To start, the investigators compiled a database detailing relationships between animals on Madagascar with their nearest living and extinct relatives outside the island. The similarities and differences seen on a genetic and anatomical level between the Madagascar animals and their kin helped the scientists estimate when they must have separated and arrived on the island.

After thus seeing when these animals might have reached Madagascar and from where, the researchers then determined what the geography and ocean characteristics were like at the time and looked at how the creatures might have reached the island — by swimming, flying or rafting.

"Rafting has long been hinted at as the explanation for much of Madagascar's fauna," Samonds told OurAmazingPlanet. "Those in favor of the rafting theory point out that there are some tantalizing historic sightings of animals on floating clumps of vegetation, usually produced after major storm events. These 'floating islands,' up to 100 meters [330 feet] across, have been reported at sea more than 200 kilometers [125 miles] from their places of origination, some housing large, food-bearing trees and pockets of freshwater, as well as large terrestrial mammals, including a jaguar, puma, deer, monkeys and even a human infant."

But not all scientists have been convinced by this theory.

"There has been a great debate about rafting over at least the past 50 years," Samonds said. "While many authors have argued that dispersal events by terrestrial, land-dwelling animals across great distances of water are virtually impossible, others have argued that even unlikely events are certain to occur if the time elapsed is long enough, and that prevailing ocean currents could have aided these journeys."

"When you consider the very long time-frame we're talking about — tens of millions of years — even rare events have a chance to occur and be successful. In fact, for most groups, only one rare event explains the presence of the modern forms — for example, DNA evidence indicates that just one primate species made it across, probably 40 or 50 million years ago, and that ancestral form gave rise to the 101 descendent species you can find in Madagascar today."

After Madagascar separated from the continents more than 80 million years ago, more animals came to the island from Africa than Asia, as expected, given how much closer the former remained to Madagascar than the latter. In addition, after the divide from the continents, animals that could fly or swim arrived at Madagascar at more than three times the rates seen with creatures that could not, as expected, given how the ocean would serve as an insurmountable barrier for land dwellers.

Ancient changes in ocean current patterns also suggest that rafting was key to introducing land-dwelling animals to Madagascar. The scientists noted that until 15 million to 20 million years ago, ocean currents between Madagascar and Africa flowed largely eastward, making it easier for rafters to reach the island from the continent. However, through slow tectonic drift, Madagascar's northern tip started impinging on the southern equatorial ocean current, triggering a reversal in how the ocean currents flowed and making it harder for rafters from Africa to reach Madagascar. During that period, arrival rates of terrestrial animals to Madagascar began dropping significantly, researchers found.

"Our results strongly suggest rafting did happen, mainly because the probability of successfully rafting changes predictably according to prevailing conditions," Samonds said. "There's no reason to believe it has stopped — it is conceivable that rafting events on floating masses of vegetation detached by large tropical storms may still occur to Madagascar, especially through severe cyclones, some of which pass between Africa and Madagascar within a matter of days."

Samonds and her colleagues detailed their findings online today (March 19) in the journal Proceedings of the National Academy of Sciences.