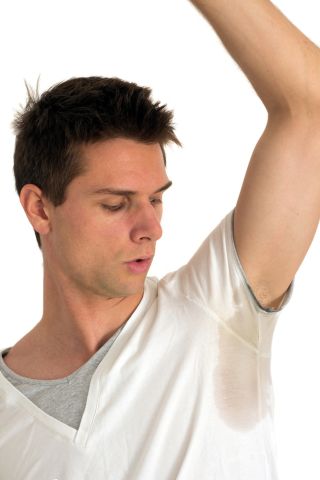 In a battle between nature and culture, culture has won by a hair — or lack thereof.

That's the finding of a group of scientists in the Czech Republic. In a new study, they had male participants shave one armpit and let the other grow wild; they then collected odor samples from each of the men's pits and passed them under the noses of a group of females, who then rated how attractive they found each odor. As it turned out, the women preferred the smell of the shaved pits, but just barely.

"Altogether, the effect of shaving is not quite large," said lead researcher Jan Havlicek, an anthropologist at Charles University in Prague who specializes in the role of smell in human attraction.

The effect of shaving was "transient," Havlicek said. The study's female participants found the smell of freshly shaven pits more pleasant than pits that had been growing hair for six to 10 weeks, but they could not distinguish between the smell of armpits that had one week of growth and those that had six to 10 weeks of growth. Any hair, whether short and prickly or long and waxen, smelled about the same. "This is kind of surprising because when you look at armpit hair after one week, it is only a couple of millimeters long, so that was an unexpected result," Havlicek told Life's Little Mysteries, a sister site to LiveScience.

Most interesting of all is that females have a slight preference for shaved armpits over hairy ones, despite the evidence that strongly suggests hairy pits specifically evolved to make people smell more attractive. [Why Do You Stink?]

Scientists think human armpit hair — longer than that of any other apes — evolved to retain chemicals that are produced copiously by armpit glands, so as to intensify people's natural body odor and increase the chance that others will smell it, and like it. It is, thus, counterintuitive that women have now come to favor the less intense smell of hairless underarms.

"It's because of cultural beliefs. It is to some extent independent of evolutionary processes and these things which evolved for a much longer time," Havlicek said. "And also this is more related to visual images of shaved and unshaved armpits and how we construct beauty in our cultural context."

He noted that the results would probably have been very different had he conducted his study in another time or place. "Let's say if you had run it 30 years ago in a culture where shaving is not usual, you might expect different results."

Conversely, because there is a much stronger cultural pressure on women to shave their armpits than there is on men, had the researchers set up the study in reverse, it is likely that the results would have been more robust in favor of the smell of bare female pits than they were in favor of bare male pits. However, it might be difficult to find out.

"We definitely want to do [the reverse study] but the thing is that it could be kind of technically challenging," Havlicek said. "Not many ladies might be willing not to shave one of the armpits for two months. With men, it was easier to find participants."

The study was published online Dec. 29 in the peer-reviewed journal Behavioral Ecology and Sociobiology.