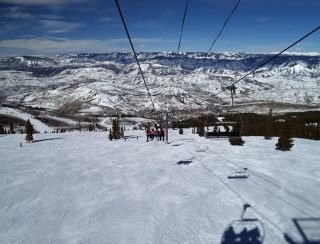 A lengthy job search promotes worry, stress and anger, but a bad job is worse for happiness than no job at all.

Those findings are on the Gallup polling agency's list of most compelling findings about health and happiness in 2011. The agency queries tens of thousands of Americans every year about their health, well-being and happiness. The resulting Gallup-Healthways Well-Being Index is a day-by-day measurement of America's mental state. Here's what Gallup's editors say intrigued them the most this year:

The longer Americans search for jobs, the unhappier they are with their lives, according to a Gallup poll analysis released in February. Only 34 percent of unemployed Americans who had been looking for work for at least 11 weeks said they were "thriving" in life, compared with 47 percent of those who had been looking for 10 weeks or less. Sending out more job applications with no luck had a similar effect: Half of people who had sent out fewer than 10 applications said they were thriving, compared with 32 percent of those who had sent out more.

For the first time in three years, more Americans qualified as "normal weight" than "overweight," according to poll data released in October. That poll found 36.6 percent of Americans had a body mass index (BMI) placing them in the "normal" category, compared with 35.8 percent who were classified as overweight.

Still, 25.8 percent of Americans qualified for the more severe condition of being obese, defined by a BMI of 30 or higher. BMI is calculated using weight and height. That meant the majority of Americans – 61.6  percent –  are still in weight ranges that put them at higher risk for health problems such as heart disease, diabetes and cancer. [8 Reasons Our Waistlines Are Expanding]

A growing number of young Americans had health coverage in 2011, thanks to a provision in the Affordable Care Act that allows children to stay on their parents' health plans until age 26. Since that rule went into effect in 2010, Gallup found, the number of uninsured 18- to 25-year-olds without insurance dropped by 3.8 percentage points, to 24.2 percent.

However, the proportion of 26- to 64-year-olds without insurance increased over the same time period, from 18.1 percent to 19.9 percent. Overall, the survey found, 17.4 percent of Americans lacked health insurance in the second quarter of 2011.

An August Gallup report revealed that Colorado, with an obesity rate of 20.1 percent, remains the skinniest of the states. West Virginia had the heftiest population, with 34.3 percent of its people obese. That's the highest rate Gallup has measured since it began obesity tracking in 2008.

Although Colorado is relatively svelte today, its current population would be the fattest in America if the state were to travel back in time 20 years. In 1991, not a single state reported an obesity rate of more than 20 percent.

Obesity rates aside, Americans actually had a harder time affording food and other basic necessities in 2011 than in recent years. When asked if they always had enough money to buy food in the last year, 79.8 percent of Americans said yes, the lowest number since November 2008. At that time, the start of the economic crisis, 79.4 percent of Americans said they never struggled to afford groceries. [12 Tips for Healthy Eating on a Budget]

The reasons for these patterns is not entirely clear, Gallup reported in November.

Four percent of Americans said in September that their lives were so bad that they were "suffering," a number that has held steady for 2½ years. That's one of the lowest rates in the world, Gallup reported in October. Perhaps unsurprisingly, income and suffering were correlated, with people making less than $24,000 a year about six times more likely to describe themselves as suffering as those with incomes over $90,000 a year.

Employer-based health insurance is on the decline in America, with only 44.5 percent of Americans getting health coverage through work in the third quarter of 2011. That percentage has been on a steady decline since Gallup began tracking health insurance numbers in 2008, when the rate was 49.8 percent. There has been a simultaneous increase in the number of Americans getting their health insurance from the government (up to 25.1 percent from 22.9 percent) as well as an increase in people without any insurance at all (up to 17.3 percent from 14.6 percent).

8. Americans caring for each other

While working a day job, one in six Americans also acts as a caregiver for an elderly or disabled family member, Gallup reported in July. The caregiver job was most prevalent in the 45- to 64-year-old age demographic, with 22 percent of people in that group reporting caregiving responsibilities. Women were more likely to be caregivers for a needy relative than men were, 20 percent to 16 percent.

Weight-related health issues and other chronic problems cause American workers to miss an estimated 450 million days of work more each year than normally healthy workers, Gallup reported in October. That absenteeism costs more than $153 billion in lost productivity annually.

Workers do not take all of these "unhealthy" days as sick days, but Gallup researchers calculated that workers miss about one day of work for every three unhealthy days they experience.

Workers who are emotionally disengaged from their jobs view their lives more negatively than workers who have no job at all, Gallup reported in March. Forty-two percent of the people who said they felt disconnected from their work and workplaces described themselves as "thriving" in life, compared with 48 percent of the unemployed. Workers who were happily engaged and enthusiastic with work were happiest in life. Of that group, 71 percent said they were thriving.