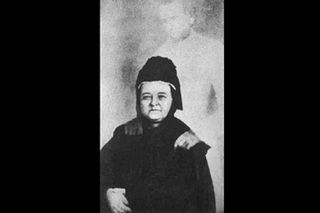 Let's say you're interested in ghosts, but haven't had any luck photographing them on any of your nocturnal visits to local cemeteries and abandoned insane asylums. The ghost-hunting guys on TV seem to capture plenty of ambiguous images (in between surprised looks and spooked "What-was-that?" exchanges), so why can't you?

Fear not; technology can help you easily fake ghost photos, though it comes at the cost of making it harder for serious ghost researchers to do their jobs.

These days almost everyone has a HD camera in their pocket in the form of a smartphone. So many people have high-quality cameras on them at virtually all the time that if ghosts exist,actual photographic evidence of them should be pouring in as more and more eyewitnesses record their amazing encounters.

Yet that hasn't happened; in fact, the evidence for ghosts seems to be getting worse, not better, in large part due to pranksters and ghost-generating apps. Several smartphone apps allow their users to easily tweak photos to make them look strange or mysterious, adding quasi-transparent ghostly images in the background. Up until a year or two ago, it took at least a little bit of effort to Photoshop an even halfway convincing snapshot of your recently departed grandmother's spirit appearing in an otherwise ordinary photo. With the help of these mobile apps, all it takes is a few pushes of a button to add shadowy or faint figures of spooky little girls, Confederate soldiers, outlaws, monks and any other historical (or horror film) caricature you can think of. [Why Ghosts Get Spooked by HD Cameras]

Faking images of spirits for fun and profit has a long tradition. In fact, the very first ghost photographs were hoaxes. William Mumler, a Boston-based photographer, first produced "spirit photographs" in 1861 anddozens more in the following decade. Mumler convinced many people that he andhis camera could photograph the spirit world.It wasn't true, of course, and Mumler was eventually revealed asa hoaxer and con artist. The "ghosts" he captured were merely double exposures of previous clients, notimages of the dead.

Bogus ghost photos have been around for years, but with so many fakes, how can you tell which photos (if any) really show something possibly paranormal? It's not easy.

In fact, faked ghost photos might even be damaging to the work of those who analyze ghostly photos, hoping to find evidence that ghosts exist.

One group in the United Kingdom that has raised concerns over the rise in fake ghost photos is the Association for the Scientific Study of Anomalous Phenomena (ASSAP).Carrie Searley of ASSAP told Life's Little Mysteries, "Fake ghost photography is in the minority, however, it does occur. Here at ASSAP we like to turn it into a positive... one of our aims is to offer a scientific explanation as to the methodology used in creating a fake ghost photograph."

Before digital photography replaced film, investigators could examine the photograph's negative for evidence of fraud. "In the digital age of photography, being able to authenticate a photo can be tricky, as no negative is made," Searley said. "It is purely down to us to educate ourselves with the up-and-coming new photo apps that are being offered on the market."

To that end, ASSAP has requested the public's help in cataloguing known fakes created by sneaky smartphone apps. Of course, it will be a never-ending project, because new apps can be created (and old apps tweaked) to keep ahead of the fake-photo ghost busters.

The techniques and technology for faking ghost photos have changed in the last 150 years, but William Mumler would most likely be amused to know that others have carried on his not-so-proud tradition.