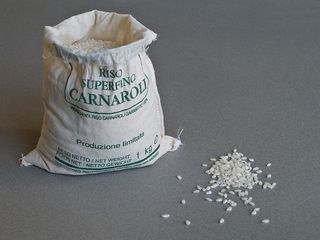 How much does what we eat influence our bodies? Of course, the amount of fat, sugar or proteins we take in can influence our weight, but new research is suggesting that special compounds in plants could change how our bodies use our genes and proteins.

Called microRNAs, these compounds are the movers and shakers of our cells, as scientists have found they turn up and down levels of human proteins. However, until now scientists thought these chemicals were only made and used inside our bodies, but new research shows that microRNAs from plants can enter the human body.

Chen-Yu Zhang at Nanjing University in Nanjing, China, found low levels of plant microRNAs from rice in human tissues. After testing the effects of these chemicals on mice, Zhang concluded microRNAs from plants could actually impact how the human body functions. [5 Myths About Women's Bodies]

"These microRNAs may, therefore, represent a new class of universal modulators that mediate animal-plant interactions at the molecular level," Zhang told LiveScience in an email. "Plant microRNAs may represent essential functional molecules in food and herbal medicine, and also provide a novel therapeutic strategy for the treatment of diseases."

Not all researchers agree with the findings, though.

Petr Svoboda, a researcher at the Institute of Molecular Genetics in the Czech Republic, told LiveScience that the concentrations of plant microRNA found in samples of human tissues were much lower than those in the lab experiments, and he doubts such low levels could have any physiological consequences on the human body.

From gene to protein

Genes get their work done by making proteins. It starts with a molecule called DNA, which serves as the "file" of your entire genetic code. Portions of that file can be printed out into a second molecule called mRNA, like a page you might read and toss out. That page holds the instructions to make a single protein.

Then there are microRNAs, which are tiny pieces of RNA that attach to protein-making mRNAs, stopping them from being read, therefore stopping production of that protein. The microRNAs essentially silence the genes they are associated with. An organism's own microRNAs are used to modify many processes in the body, including how our cells grow and die.

The researchers studied blood and tissue samples from Chinese men and women, whose main diet was rice, looking for plant microRNAs. The researchers found that microRNAs from plants can survive being eaten and digested, and they can pass through the cells lining the gut and end up in human blood.

From plants to mammals

They decided to concentrate on one specific microRNA, called MIR168, and find out if it could change mouse cells in culture. They fed cells lining the mouse gut MIR168, and saw these cells absorb the microRNAs, then spit them out in particles made from pieces of membrane; these membrane pieces travel throughout the bloodstream and can be absorbed by other cells.

By studying the sequence of MIR168, they discovered that it likely bound an mRNA which makes the protein LDLRAP1, which controls how much cholesterol cells pick up from the bloodstream. If LDLRAP1 mRNA levels drop, bad cholesterol in the blood goes up.

When mice were fed rice-only or MIR168-enriched diets, their liver and blood levels of MIR168 increased, while their LDLRAP1 protein levels decreased and their cholesterol levels increased. A compound that stopped MIR168 from binding to mRNA blocked these effects.

"The finding is obviously very thought-provoking," Zhang said. "It would indicate that in addition to eating 'materials' (in the form of carbohydrates, proteins, etc.), you are also eating 'information.'"

"The fact that plant microRNAs can be detected in the animal serum is surprising and interesting. Whether it has any physiological relevance still remains an open question," Svoboda told LiveScience in an email. "The rest of the story is based on artificial systems and simple correlations and is, in my opinion, too far-fetched and speculative."

The study was published Tuesday (Sept. 20) in the Nature journal Cell Research.