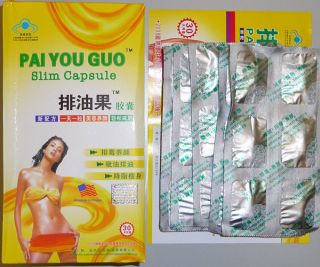 A potentially hazardous weight loss supplement that has been recalled in the United States continues to be sold and consumed in significant amounts, a new study suggests.

The study found that women are taking Pai You Guo, a weight loss supplement from China that has been found to contain banned pharmaceutical substances, including a drug linked to cancer. In 2009, the Food and Drug Administration (FDA) announced a voluntary recall of Pai You Guo and issued alerts about the supplement's potential health risks.

The new study found nearly a quarter of Brazilian-born women surveyed in Boston use Pai You Guo. No one who took the supplement was aware of the recall, and most experienced side effects.

The findings demonstrate a much larger problem — that regulation of dietary supplements in the United States is too lax, said study researcher Dr. Pieter Cohen, an assistant professor of medicine at Harvard Medical School and a general internist at Cambridge Health Alliance.

"Even when the FDA clearly determines that there's a hazardous product," the agency is incapable of effectively removing it from the market, Cohen said.

The doses of banned drugs in the supplements "convinces us that this was no error" on the part of the manufacturer, Cohen said.

Because consumers, standing in a store aisle, can't be sure whether the supplements they buy have been recalled or contain dangerous substances, they should steer clear of them for now, Cohen said.

"I do not believe that it's safe to purchase weight loss supplements in the United States at this time," Cohen said.

The FDA regulates dietary supplements, but the agency can only step in after the supplements come to market and recall ones they find to be hazardous. Since 2005, the FDA has identified more the 300 weight loss supplements that contain banned pharmaceuticals.

That's likely only a small fraction of the actual number of adulterated supplements, Cohen said.

Cohen and colleagues surveyed more than 500 women in the Boston area originally from Brazil. Earlier research identified a particularly high use of diet pills among Brazilian-born women.

Twenty-three percent reported using Pai You Guo, in either capsule or pill form. Eighty-five percent reported at least one side effect, including dry mouth, anxiety and insomnia. About 66 percent of users purchased Pai You Guo from acquaintances, 30 percent from stores and 9 percent over the Intenet. Most participants bought the supplement after the recall.

Pai You Guo has been found to contain sibutramine, a weight loss drug that was recalled in 2010 due concerns it might increase the risk of heart attack and stroke. Some capsules and teas containing Pai You Guo have been found to contain doses of sibutramine six times higher than the doses found in prescription pills, Cohen said, and the substance is not even listed on the product label.

This problem likely extends beyond the Boston area, Cohen said. Pai You Guo has been reportedly sold in California, Florida and Washington state. "We're talking about a national problem," Cohen said.

Others say the problem is likely not common in the general population. It is likely confined to certain pockets of the population, said Dr. Bimal Ashar, an associate professor of medicine at John Hopkins School of Medicine in Baltimore.

Right now, "supplements are regulated by the FDA as if they are food," Cohen said. But unlike, say, a spoiled tomato, "the consumers has absolutely no ability when they're popping a pill to know if it's spoiled or rotten or not," Cohen said.

Ashar agreed regulation of weight loss supplements should be enhanced. And the FDA, he said, should increase awareness about the way these products are regulated.

"I don't think the public really knows that this stuff is not regulated," before it comes to market, Ashar said. "They think ok, this is in a bottle…it must be pure, it must be fine to take."

"There needs to be a very, very highly publicized campaign about dietary supplement," in which the FDA says what it can do and will do to regulate these substances, Ashar said. However, even if better regulations are put in place, it may be tough to prevent the sale of these weight loss supplements if most are acquired through acquaintances, Ashar said. The FDA would not have the resources to track down such sales the way law enforcement tracks down the sales of narcotics, making it practically impossible, Ashar said.

Pass it on: The FDA should be given more power to regulate dietary supplements, researchers say.