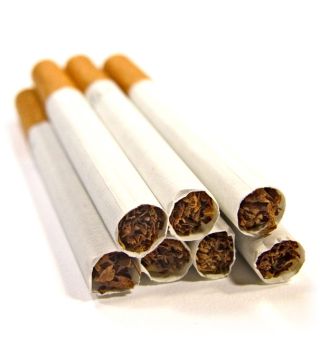 People who smoked 31 to 60 minutes after waking up were 1.31 times more likely to develop lung cancer than those who waited at least an hour, the study shows.
(Image: © Tijmen van Dobbenburgh | tijmen )

For some smokers, having a cigarette is an early morning ritual, but this habit may be even more harmful than smoking later in the day.

"These smokers have higher levels of nicotine and possibly other tobacco toxins in their body, and they may be more addicted than smokers who refrain from smoking for a half hour or more," study researcher Joshua Muscat of the Penn State College of Medicine, said in a statement.

In an effort to determine why only some smokers get cancer, researchers investigated whether how soon a person has his or her first cigarette after waking up affects their risk of lung, head and neck cancers — independent of how often they smoke and for how long they've had the habit.

One study included 4,775 lung cancer patients and 2,835 other regular cigarette smokers who didn't have lung cancer. People who smoked within 30 minutes of waking up were 1.79 times more likely to develop lung cancer than those who waited more than 60 minutes to light up, the study showed.

And people who smoked 31 to 60 minutes after waking up were 1.31 times more likely to develop lung cancer than those who waited at least an hour, the study said.

And those who smoked 31 to 60 minutes after waking were 1.42 times more likely to develop head and neck cancer  than those who waited at least 60 minutes.

Researchers said that the results may help recognize smokers who are at an especially high risk of developing lung, head and neck cancers, and who would therefore benefit from targeted smoking cessation programs.

The findings are published today (Aug. 8) in the journal Cancer.

Pass it on: Those who smoke soon after waking up in the morning may have a higher risk of developing lung, head and neck cancers.