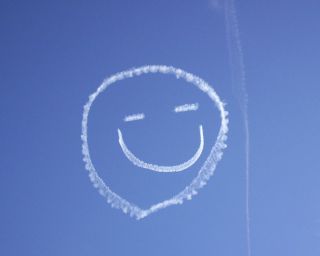 Positive activity interventions (PAIs) is a self-administered therapy that involves intentional positive behaviors and thoughts, such as performing acts of kindness, expressing gratitude and meditating on positive feelings toward others.
(Image: © Kaylaliz | sxc.hu)

Gratitude and optimism may be a key to managing depression, a new review of relevant research finds.

"Although positive psychology is still a developing field, the relatively small but growing number of studies on PAIs are beginning to identify important mechanisms underlying the benefits of such interventions," the authors write in a recent issue of The Journal of Alternative and Complementary Medicine. [Warding Off Depression: 'Mindfulness' Therapy Works as Well as Drugs]

Of course, PAIs isn't for everyone, and may only serve as a supplement to drug therapy for others.

One of the study authors, P. Murali Doraiswamy of Duke University, has received research grants (through Duke University) and served as a paid speaker/advisor for several pharmaceutical companies, advocacy groups, and government agencies. He also owns stock in DailyFeats, a company focusing on social wellness.

Is your glass half-full?

Researchers from the University of California, Riverside and Duke University in Durham, N.C., analyzed results from various studies on PAIs, including randomized, controlled studies that had promising initial findings when patients with mild clinical depression practiced PAIs.

For instance, in a study published in 2010, researchers asked 220 participants, ages 20 to 71 years, to think optimistically about the future or write letters of gratitude over a six-week period, while the control group was asked to list their past experiences. The study found that participants who practiced PAIs demonstrated larger increases in life satisfaction than the subjects in the control group.

The researchers note the advantages of self-administered therapy, which is free to practice following the relatively trivial cost of initial instructions, which can be attained from the Internet, DVDs, workbooks, and even mobile phone applications. These self-guided exercises could help the 60 to 70 percent of people with depression who don't experience a remission of their symptoms after initial drug treatments.

"Although drugs can be very helpful for many patients, they can be associated with adverse effects — such as sexual side effects — that patients often must endure to obtain the benefits," researchers write.

Psychotherapy, another common treatment for depression, is often costly due to the need for a trained or licensed therapist to administer the therapy. People at a relatively high risk of developing depressive disorders, including individuals with a low level of education or those under financial duress, may be the least able to afford therapeutic sessions, the researchers note.

The upside of optimism

In addition to soothing depression, positive thinking may have other medical benefits, according to previous research. A 2001 Johns Hopkins study of 600 adults with a family history of heart disease found that individuals with a positive attitude were half as likely as their less optimistic counterparts to experience a heart attack or other heart issues. Researcher Diane Becker of Hopkins suggested that people with a sunny outlook produce lower levels of stress hormones, in effect helping to protect them against disease.

A 2006 study by researchers from Carnegie Mellon University found that people who are happy or exhibit other positive emotions are less likely to catch colds and report fewer symptoms of the illness when they are under the weather.

In 2004, researchers from the Netherlands found that highly optimistic people had lower rates of death from cardiovascular disease and lower overall death rates than strong pessimists.