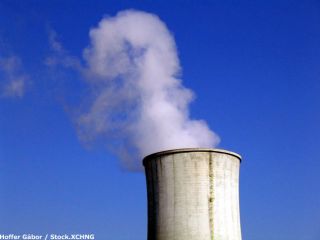 Long-term exposure to air pollution can lead to physical changes in the brain that can cause learning and memory problems, according to a new study conducted on mice.

The study also found a link between air pollution and higher levels of depression and anxiety, and researchers believe that pollution may have a similar effect on humans.

Researchers exposed mice to either filtered air or polluted air for six hours a day, five days a week for 10 months, which is nearly half of the mice's life span. The polluted air contained fine  particles such as those created by cars and factories.

The concentration of particles breathed in by the mice was equivalent to what people may be exposed to in some polluted urban areas, according to researchers from Ohio State University's Department of Neuroscience. [10 Ways to Keep Your Mind Sharp ]

After 10 months of exposure, the mice underwent several behavioral tests. They were placed in a brightly lit arena and given 2 minutes to find an escape hole. All the mice were trained to locate the hole for five days, but the mice who breathed the polluted air took longer to learn where the hole was located and were less likely to remember where it was when tested later.

In another experiment, mice exposed to the polluted air showed higher levels of depressive-like behavior than the mice that breathed filtered air. Researchers found that the hippocampal area of the pollution-breathing mice brains had overall reduced cell complexity — changes that have been are linked to decreased learning and memory abilities.

"The results suggest prolonged exposure to polluted air can have visible, negative effects on the brain, which can lead to a variety of health problems," said lead author Laura Fonken of Ohio State University. "This could have important and troubling implications for people who live and work in polluted urban areas around the world."

The study is detailed online this week in the journal Molecular Psychiatry.