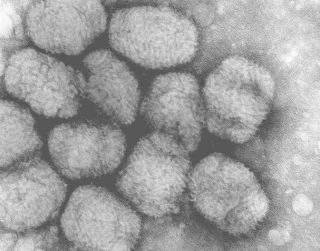 At the annual meeting of the governing body of the World Health Organization in Geneva, Switzerland today (May 24), a committee of world leaders decided to keep, for now, the world's two remaining vials of the deadly disease smallpox.

They decided to revisit the issue in three years at the 67th annual meeting, in 2014, while limiting new research using the smallpox virus (allowing studies started before now to finish up).

The discussion of what to do with the remaining stocks of the virus has been raging since shortly after the WHO declared the disease eradicated in 1980. The two stockpiles are located at the Centers for Disease Control in Georgia and at a Russian facility in Siberia. Over the years the virus has received several stays of execution as nations and scientists argued over what work remained to do. With the committee's decision, the debate is expected to continue.

The decision is disappointing for the many people who advocate for immediate destruction of the smallpox stocks, especially those nations unprepared for an outbreak. It is a win for the United States and Russia, though, which have remained insistent that the virus should be kept around a while longer.

"We are still reasonably positive of this outcome," said Edward Hammond, a consultant for the Third World Network, a nongovernmental organization that advocates destruction, who attended the committee hearings. "We wish it was better, but it could be far worse," Hammond told LiveScience.

The primary concern among many experts is that the virus will return as a bioweapon derived from secret stockpiles, synthesized in a laboratory or through other, closely related pox viruses. Researchers say they need to keep the virus around a little longer so they can complete work on a safer version of the vaccine and treatments for those already infected. [7 Devastating Infectious Diseases]

"In other words, we’ve beaten smallpox once, but we must be ready and prepared to beat it again, if necessary," wrote Kathleen Sebelius, U.S. secretary of health and human services, in a New York Times column explaining the Obama administration's stance.

The debate was heated leading up to today's decision, as the United States and Russia defended their position to keep the stocks, and other nations called for its destruction. The pro-destruction group was led by Iran, while the United States led the group that wanted to keep the stocks longer. In the end, the stalemate continues and smallpox will continue to survive on Earth for a little while longer.