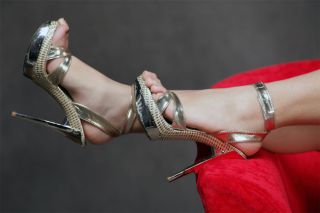 She's that woman who is standing at the back of the movie theater to watch a movie, because she can't bear to sit still for two hours.

The Peoria, Ariz., resident and retired nurse has had the sensory motor neurologic abnormality since childhood, but it's been especially bad for the last 15 years. When Butterfield sits still, she said it feels like a pressure builds in her knee joints that can't be relieved unless she moves her legs.

"It sounds simple or blasé, but when you get the symptoms, it's so aggravating and so irritating especially if you're in a theater or at lunch or dinner and you have to get up," Butterfield told MyHealthNewsDaily. "It impacts your whole life."

Butterfield takes one of the two medications approved by the Food and Drug Administration (FDA) for restless legs syndrome, but she has cycled through several drugs over the years because they tend to stop being effective.

But now, she has a third drug option to explore, because the FDA this week approved the drug Horizant for treating the disorder.

Horizant, which is manufactured by GlaxoSmithKline and XenoPort Inc., is recommended for once-daily use for people with moderate to severe restless legs syndrome. It was shown to be effective in two 12-week clinical trials, where patients on the drug had their symptoms measured with an objective scale, and then compared with those taking a placebo, according to the FDA.

The drug contains gabapentin enacarbil, a molecule that is similar to one in drugs that treat seizures in people with epilepsy, said Dr. Richard K. Bogan, who is one of the clinical investigators of the drug and president and medical director of SleepMed Inc. of South Carolina, a company that offers diagnostic services and therapy devices for sleep patients.

"It has a duration of action that covers when the patient has the circadian [time-related] symptoms," Bogan told MyHealthNewsDaily.

However, people who tend to sleep during the day and are awake at night are advised against taking the drug, according to the FDA.

A look at the syndrome

Scientists don't yet know the exact cause of restless legs syndrome, though the disorder tends to be genetic, according to the National Institutes of Health. In Butterfield's case, her father and brother also have the disorder.

Researchers also think that low iron levels in the brain could contribute to the syndrome, according to the NIH.

Up to 10 percent of people in the United States have some form of restless legs syndrome, and 2 percent to 3 percent have moderate to severe versions of the syndrome, according to the NIH. Some cases are mild, involving slight discomfort, while others are severe and can be painful.

Even though the new drug can't cure the disorder, "having a new medication on the market is going to give us another option, and we need that option," Butterfield said.

Pass it on: The FDA approved this week a new drug for treating restless legs syndrome.