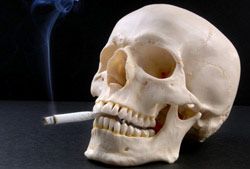 The death rate from all cancers combined has continued to decline in the United States over the last 15 years, according to a new report.

And for the first time in four decades, death rates from lung cancer went down in women during this period, the report says. This drop, which comes 10 years after lung cancer deaths in men began to fall, reflects the fact that women took up smoking later than men in the middle of the last century.

However, death rates from some cancers, including pancreatic cancer and melanoma, are on the rise, the researchers say.

The report, which is published each year by the National Cancer Institute (NCI), the North American Association of Central Cancer Registries (NAACCR), the Centers for Disease Control and Prevention (CDC), and the American Cancer Society, examined cancer trends between 1992 and 2007.

While the continued decline in cancer death rates is encouraging, more and more people will be diagnosed with cancer as the population ages. The number of people in the U.S. age 65 years and older is expected to double in size by 2030 compared to 2000.

"Effective management of the cancer burden will require the application of sound cancer control strategies in prevention, detection, treatment, and survivorship, as well as resources to provide good quality of care," the researchers write in the online March 31 issue of the Journal of the National Cancer Institute.

Among the main findings:

This year's report includes, for the first time, data on non-malignant brain tumors diagnosed from 2004 through 2007. Highlights include:

Pass it on: Overall cancer death rates are down in the United States, but more people are expected to be diagnosed with cancer as the population ages.