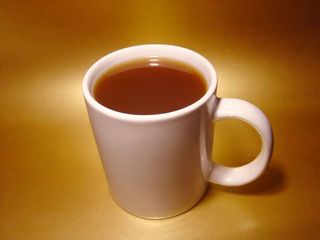 The findings have particular relevance for people new to exercise, since they tend to experience the most soreness.

“If you can use caffeine to reduce the pain, it may make it easier to transition from that first week into a much longer exercise program,” said lead researcher Victor Maridakis of the University of Georgia.

Maridakis and his colleagues studied nine female college students who were not regular caffeine coffee drinkers and didn’t exercise on a regular basis. One and two days after an exercise session that caused moderate muscle soreness, the participants took either caffeine or a placebo. Then, they completed two thigh exercises, one requiring maximum muscle effort, and the other sub-maximal effort.

Anyone who has needed a pick-me-up knows caffeine can increase alertness. Past studies have shown it also boosts endurance, and one experiment found caffeine reduces pain during moderate-intensity cycling.

The researchers suggest the caffeine likely works by blocking the body’s receptors for adenosine, a chemical released in response to inflammation.

You might not want to rush and pack a thermos of coffee in your gym bag, however. For one, for some people too much caffeine can cause jitteriness, heart palpitations and sleep disturbances. Also, the results might not apply to regular caffeine users, who might be less sensitive to caffeine’s effects. Plus, the researchers only studied women, and men could respond differently. To verify the results for the general population, the study will need to be replicated with more participants and also with men.

Still, the scientists said caffeine appears to give more relief than found with conventional pain and soreness relievers, such as naproxen (the active ingredient in Aleve), aspirin and ibuprofen.

“A lot of times what people use for muscle pain is aspirin or ibuprofen, but caffeine seems to work better than those drugs, at least among women whose daily caffeine consumption is low,” said Patrick O'Connor, also of the University of Georgia.

The research will be detailed in the February issue of The Journal of Pain.