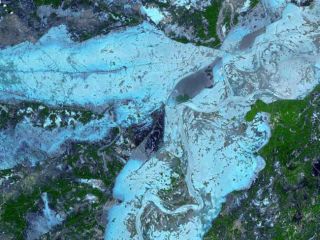 New Orleans has only gradually resurrected itself after the city drowned five years ago this week following Hurricane Katrina. That process echoes an unpleasantly familiar drama that has played out countless times around the world during human history.

Building on the coasts and near the fertile floodplains of a river has allowed settlements access to water for trade and agriculture since the earliest days of Egypt and Mesopotamia, according to Greg Aldrete, a historian at the University of Wisconsin in Green Bay. That choice has often come back to haunt people when the floodwaters rose.

"That tension has existed since the very dawn of civilization," Aldrete told LiveScience. "People tend to build cities in floodplains." [Graphic:What Happened in New Orleans]

Disaster has frequently followed, even if none has quite rivaled the biblical flood which set Noah's ark afloat. The Mississippi River broke through the levees and displaced hundreds of thousands of Americans in seven states in 1927. China has historically suffered great loss of life through floods, including the 1931 flooding of the Yellow River that may have killed millions.

Humans have tried to control the waters with levees and dams, essentially rerouting Mother Nature using a complex network of barriers. But the most massive engineering projects can often lead to even more complex problems, experts say – especially if planners fail to prepare for the worst. And then there's the expense, as some vulnerable towns and cities just can't afford a massive engineering project to keep out floodwaters in some future storm.

Levees did not save New Orleans during the extreme events of 2005, when Hurricane Katrina only sideswiped the city rather than striking it directly. Now the U.S. Army Corps of Engineers labors to build an extensive system of defenses to replace what had been "a system in name only," according to its report on the Katrina catastrophe.

Other concerns exist for the 1,600 miles (2,574 kilometers) of earthen levees protecting the city of Sacramento, Calif., a sprawling inland community with extensive suburbs all situated at the confluence of the Sacramento and American rivers. The aged system requires both repairs and upgrades to get it up to current design standards, said Tom Brandon, a civil and environmental engineer at Virginia Tech.

Scientific reports have characterized Sacramento, the state’s capital, as a disaster waiting to happen next time a major flood strikes.

"The consequences of failure there are great – perhaps billions of dollars of damage," Brandon said.

Those considerations come at a time when many regions around the world have been stricken by floods. Surging waters have stranded or displaced millions of people in hard-hit Pakistan, China and Niger during August alone.

When the levees don't exist

This month has spelled bad news for many U.S. communities as well. For instance, the 56,000-person town of Ames, Iowa endured record flood levels as water overflowed from Squaw Creek and the South Skunk River in early August.

Both waterways eventually lead to the Mississippi River, where an extensive system of privately owned levees keeps the floodwaters contained — at least some of the time. But Ames has no protective levees besides natural sediment buildup or raised roads, said William Simpkins, a hydrogeologist at Iowa State University.

As a result, many Ames buildings on the local floodplain were underwater. Some businesses such as Happy Joe's Pizza have given up after the recent flood damage, Simpkins said. The pizza parlor had built a small wall to protect itself against the 1993 flood levels, but to no avail.

The local Wal-Mart and Target both survived because they had raised their ground levels above the "100-year floodplain," but that presents too expensive a solution for most of the town.

Of course, nobody even knows if the latest flooding represents a 100-year event or a 500-year event, Simpkins said. The term 100-year flood itself can also become misleading.

"I think people are under the illusion that if there's a 100-year flood one year, you're not going to have one the next year," Simpkins told LiveScience. "But in 2008 there was a large flood, and the one a few weeks ago was even bigger."

Levees or even a dam might help control future flooding. But Simpkins said that taxpayers may balk at the expense, and pointed out that existing dams face criticisms about how well they manage water levels.

"Better planning on the floodplain and incentives for businesses to move to high ground might be cheaper in the long run than building a multimillion-dollar dam," Simpkins said.

Plenty of dams exist in the Western United States for managing water supplies and generating electricity, along with flood control. But big problems accompany big dams, said John Byrne, director of the University of Delaware's Center for Energy and Environmental Policy.

Many concerns have focused recently on the world's largest dam in China. The multibillion-dollar Three Gorges Dam has faced exceptional flooding on the Yangtze River, which has experts watching for signs of trouble this year.

"The dam has had difficulty dealing with the volume," Byrne explained. "They have had to institute controlled releases that then flood the downstream areas in order to prevent the dam from being in a hazardous condition."

That means the dam can regulate the amount of floodwaters released at a given time, but flooding still hits people and homes downstream. It has also run into trouble because of river silt clogging the turbines that generate electricity for China's eastern cities.

As an alternative, China could have built a number of smaller, regionally-focused dams, Byrne said. Such dams could have released water without the high flood levels that accompany the Three Gorges Damreleases.

Smaller dams would not have supplied China's eastern cities with as much electricity, but could have provided electrification to local regions.

The World Commission on Dams has already begun reconsidering the consequences of using dams as flood control, Byrne said.

"Anytime you try to engineer a river on this large scale, you'll have an impact that is problematic," Byrne said.

Echoes of the past

Many flood-control problems of today look eerily familiar to Aldrete, the University of Wisconsin historian. He completed a book titled "Floods of the Tiber in Ancient Rome" (Johns Hopkins University Press, 2007) just a week before Hurricane Katrina struck New Orleans.

Rome has a unique historical record over 3,000 years as a huge ancient city that experienced frequent urban flooding. Several weeks of rain would saturate the soil and lead to overflow from the Tiber River. That caused catastrophic flooding every 20 or 25 years, and raised water levels by 50 feet (15 meters).

"Even though [the Romans] had the resources and engineering knowledge to really make the city safe from floods, they never did," Aldrete said. "Instead, they pursued a whole bunch of flood-control strategies sporadically."

About 86 percent of the wealthy Romans built their homes on the hills surrounding the city. The poorer people living below could also scramble up onto the hills during floods, and so death rates typically did not get very high.

The Romans also gradually raised the ground level for the Roman Forum that served as the center of civic life. They dumped tens of thousands of tons of dirt over a period of 500 years until the area sat about 33 feet (10 meters) above its original level.

Crucially, the Romans installed the city's much-admired sewers that served first and foremost to drain away all the excess rain and floodwaters. That has modern echoes, such as Tokyo's G-Cans Project, a massive underground network of tunnels that protects the Japanese city against flooding during heavy rains and typhoons.

"That's really what the Roman sewers are – technically they're storm drains," Aldrete said. "They are a good place to dump sewage, but the main reason for them was to drain away water."

Ancient Rome had some additional advantages over modern cities when it came to floods. Buildings such as the Colosseum had thick walls and solid foundations that resisted floodwaters better than many modern structures with narrow walls and shallower foundations.

Finally, Rome had its raised aqueduct system that brought fresh water into the city from 20 to 50 miles (32 to 80 km) away. That protected the drinking water from contamination, whereas flooding in modern cities often leaves filth choking the filtration plants or wells.

Rome finally rid itself of most major floods by constructing embankments along the Tiber River in the late 1800s. That has freed modern Romans from having to adopt the more matter-of-fact attitude that ancient Romans had toward natural disasters.

But Aldrete still likes to point to a historical moment where the Roman Senate debated whether to prevent future floods by diverting upstream tributaries of the Tiber River, back when the river was considered a god.

"In the end they voted to do nothing, because they didn't want to decrease the majesty of the Tiber River," Aldrete said.