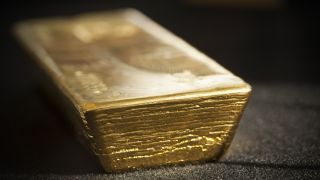 Yamashita's buried hoard of gold and other valuables, if it exists, is reported to be worth hundreds of millions of dollars today.
(Image: © mbbirdy via Getty Images)

Excavations by treasure hunters searching for a hoard of gold in the Philippines, said to have been hidden by a Japanese World War II general, are threatening to cause landslides in a remote village.

The search for fabled buried treasure is inspired by centuries-old Filipino folktales, according to an anthropologist. The treasure seems to be just that — a fable — as historians say it probably doesn't even exist.

"People [are] spending a lot of money and a lot of time and effort looking for stuff that is probably not there," said Piers Kelly, a linguistic anthropologist at the University of New England in Armidale, Australia.

In the latest development, people in the Igbaras district on the island of Panay have asked officials to put a stop to excavations that they say could cause landslides, according to the official Philippine News Agency.

Related: 30 of the world's most valuable treasures that are still missing

The villagers say the excavations by 10 men have gone on for more than a year near their village, in a fenced-off area that's about 10,800 square feet (1,000 square meters).

The village where the excavations are taking place is built on a hillside and faces a "very high risk" of landslides, according to a previous assessment by the Philippines' Mines and Geosciences Bureau. The villagers fear that the excavations could soon undermine the hillside above them and that up to nine houses could be buried as a result.

The mayor of the Igbaras district, Jaime Esmeralda, has assured the villagers that his officials have granted no permits for treasure hunting, excavations or mining in the area.

He's now asked officials at the National Museum of the Philippines in Manila to investigate whether the museum issued a permit for treasure hunting.

The treasure hunters are thought to be searching for Yamashita's gold, a fabled hoard of bullion and other valuables said to have been buried somewhere on the islands of the Philippines at the end of World War II.

Yamashita's gold was named after Gen. Tomoyuki Yamashita, the Japanese commander in the Philippines at the time.

According to the tale, Yamashita oversaw the burial of a vast hoard of war loot in the Philippines collected during the wartime Japanese occupation of Southeast Asia. Yamashita and his troops held out against invading American forces for several weeks after the Japanese surrender in September 1945, but he was captured, tried for war crimes and executed in 1946.

Yamashita's fabled buried hoard, however, has enticed treasure hunters for more than 50 years, and it's been the subject of several books. According to some estimates, it could be worth up to hundreds of millions of dollars today.

In a 1988 court case in the United States, a Filipino treasure hunter named Rogelio Roxas sued former Philippines President Ferdinand Marcos for stealing part of Yamashita's hoard that Roxas had discovered. In 2005, the judges ruled in favor of Roxas, awarding the treasure hunter $13 million.

But that hasn't dampened local enthusiasm for the search for Yamashita's gold, and historians have tried in vain to quell the rumors.

University of Philippines history professor Ricardo Jose told a newspaper in 2005 that Japan had lost control of the seas in 1943 — and so the islands of the Philippines would have been an extremely inconvenient place to hide any treasure that Japan had left at the end of the war.

Kelly said the oldest folktale of buried treasure that he's found in the Philippines dates to the 1600s, to a story about how the Chinese pirate Limahong buried his fabled loot somewhere in the Pangasinan region of the Philippines, as reported by The Manilla Times.

Stories of buried pirate treasure were replaced by stories of lost gold from Mexico during the Spanish colonization of the Philippines, and later by tales of hidden hoards of silver dollars. "For some reason, that is the preferred treasure of Americans, and they are often in barrels," he said.

The perpetual search for Yamashita's buried gold has often come at a cost for real scientific treasures in the Philippines, Kelly said. Treasure hunting has badly damaged several important archaeological sites, including the ancient jar burial site at Ayub Cave on the island of Mindanao, researchers wrote in the journal Archaeology Ethnology and Anthropology of Eurasia.

"The Philippines are really rich and really interesting in archaeology, but when it comes to treasure hunting, what people have in mind is almost a cartoon comic book idea of what treasure is," he said. "It is very folkloric."

The official permission given to the treasure hunters to dig on the island of Panay is now being investigated, Panay News reported, and the threat of landslides in the area has been reported to provincial authorities.

But for now, the hunt for Yamashita's gold continues.