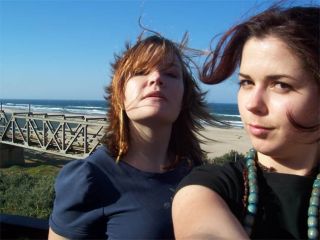 If you thought puberty was scary when you were the one whose body was changing, wait until my newest world domination scheme comes to fruition and starts wreaking its pimply, awkward wrath on an unsuspecting planet!

Using the latest findings in endocrinology, I shall overrun the Earth with recalcitrant teens who will stay out late covering statues with toilet paper and plunge our society into utter chaos.

This nefarious scheme is made plausible by some exciting new work from a group led by Sara DiVall of Johns Hopkins University. DiVall's team has shown that the hormone Insulin-like Growth Factor 1 (IGF-1) plays a key role in initiating that calamitous chain reaction of hormone signals that turns innocent, bright-eyed youths into the self-centered, fickle beasts that I intend to employ in terrorizing the globe.

IGF-1, they found, is necessary for the secretion of Gonadotropin Releasing Hormone (GnRH) from the hypothalamus (a brain region responsible for a good chunk of the body's hormonal activities). GnRH, in turn, starts tickling the pituitary gland, causing it to release its devastating hormones, and setting off the entire pubertal debacle.

DiVall's team set out to understand the hormonal signals that trigger the release of GnRH in mice and initiate puberty (presumably without the intent of overrunning the world with teenagers, but I haven't asked her). In particular, they examined the involvement of insulin and IGF-1, two hormones that are associated with good nutrition in children. DiVall found that mice missing a receptor for IGF-1 in their hypothalamuses never started releasing GnRH, and never began that long, thorny road into adolescence.

But the far more tantalizing finding was this: Normal mice, when injected with IGF-1, begin to go through a premature puberty. That means that just administering the hormone to a preteen mouse can send her careening into the emotional turmoil of the early teens, and turn a placid little house mouse into a hellion bent on making trouble and annoying her parents.

For the researchers, these results help to clarify the link between child nutrition and onset of puberty, and could have implications for the treatment of endocrine disorders.

For me, the implications certainly have to do with disorder ... but on a much larger scale.

DiVall's team has found a quick and easy way to turn prepubescent Dr. Jekylls into teenage Mr. Hydes, and I'll be darned if I'm not going to take advantage of that.

Imagine (or don't, you'll get a chance to see it pretty soon) if all the world's preteens, exposed to the puberty-jumpstarting effects of IGF-1, transformed into adolescents at the same time. The results would be catastrophic, rambunctious, and rankly odoriferous.

The malls would be filled with shiftless youths who should be in class but couldn't care less. Emotions would run wild among the adolescent horde, breaking out into brawls and uncontrollable sobbing at strange intervals. Entire towns would crumble under the pressures of teenage ennui.

Needless to say, all the parents, teachers, and Hot Topic managers would be driven into the hills or driven mad by the onslaught. Once the teenagers secure control of the towns, I'd emerge from the rubble, unfazed by the insolence of youth, to gain control of the teenage masses.

"And just how do you expect to manage that?" you might ask. Simple. I'll be the only one left who can procure libations for them.

Mad scientist Eric Schaffer has one index finger on the "fire death ray!" button and his other index finger on the exciting pulse of scientific research. His accounts of diabolical machinations, as well as research breakthroughs, appear regularly on LiveScience.