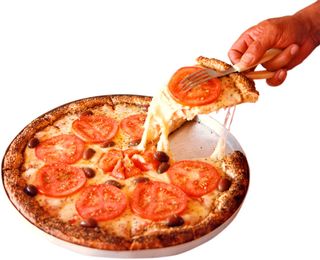 It's no surprise that holiday feasts often bring expanding waistlines, but a new study finds that weekend eating can also be a cause for concern.

Some people chow down more calories on Saturday and Sunday than on a typical weekday, researchers find. The study also showed that people tend to keep track of how much they are consuming on a daily basis, at least in a rough sense. Specifically, if they skimped on breakfast, they would make up for it by gorging at lunch, more or less.

The results suggest that those wanting to lose a few (or keep from putting on a few over the holidays) may want to think about their eating habits on a weekly basis rather than day-by-day.

"Being forewarned is forearmed in this regard," said J. Jeffrey Inman, a professor of marketing at the University of Pittsburgh. "If you monitor your intake during the week you can kind of make sure you don't go too crazy on the weekends."

Inman and his colleague Adwait Khare, of Quinnipiac University in Connecticut, wanted to see if patterns in people's eating habits could help to explain the fat statistics.

They used data collected in 1998 and 1999 on the eating habits of about 600 individuals who had participated in a national survey conducted annually by NPD group, a market research firm that collects this information for American food companies. The results were published in the Fall 2009 issue of the Journal of Public Policy & Marketing.

For each survey, participants kept track of the foods eaten by everyone in their household over a two-week period. Self-reports are prone to errors, though Inman thinks the results are actually conservative since people tend to forget to report or underestimate how much they consumed.

Among the patterns revealed:

The takeaway message for consumers:  "I need to monitor myself and make sure I don't fall into the 400-over group on the weekends," Inman said.

Some of the biggest jumps in calories came on holidays, particularly those centered on feasts, such as Thanksgiving and Christmas.

For instance, participants ate an average of 174 calories more on holidays than on non-holidays, and this increase usually came at lunchtime. However, some people ate more than 900 calories extra on holidays compared to non-holidays, a 46-percent increase for that group.

However, while holiday grubbing may be bad for your diet, over-eating on the weekend may be just as detrimental because "there's a lot more weekends than there are holidays," Inman said.

The findings indicate that people may want to think beyond their daily calorie intake. "Our results suggest you need to think between days, because if you have a big dinner last night, then those calories don’t disappear, they're with you today,"

Most adults eat between 1,800 and 2,500 calories per day. Having a weekly budget of calories might be useful to consumers, Inman said. "If you think of it in a little broader terms, say 14,000 [to] 15,000 calories for the week, I think you'd be much better able to monitor the highs and lows for the week."