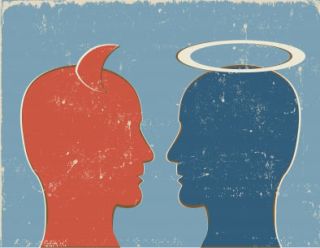 Pope Benedict used his annual speech to Rome's cardinals and bishops on Monday (Dec. 20) to ask them to reflect on the church's responsibility in the child sex abuse scandals.

Benedict qualified his mea culpa by stating that the scandal (in which priests who sexually abused children were often ignored or protected by the Catholic Church) was partly justified by the broader social context. Benedict said that while the church accepted some responsibility, he could not be silent about ''the context of these times.... There is a market in child pornography that seems in some way to be considered more and more normal by society." [History of Pornography No More Prudent Than Present]

Benedict claimed that as recently as the 1970s, "pedophilia was theorized as something fully in conformity with man and even with children." In this climate, the Catholic Church's actions were merely reflecting the moral relativism of the times: "It was maintained — even within the realm of Catholic theology — that there is no such thing as evil in itself or good in itself," Benedict said. That is, church leaders weren't sure if child sexual abuse was wrong, since secular society seemed to accept it.

The pope's statement is actually a logical fallacy with the Latin name of "tu quoque," roughly translated as "you, also," or "you're another." It's a version of a defense heard on schoolyards around the world when a child is caught doing something bad: "Well, he did it too!" This "everyone's doing it" fallacy is often invoked by tax evaders and speeders. One person's illegal or immoral act cannot be used to justify the same act by another person; it just doesn't work that way.

Pope Benedict is simply wrong when he claims that child sexual abuse and pornography were socially acceptable in the 1970s and 1980s, when the bulk of sexual abuse occurred. Even if it were true, there's little reason to think that pedophile priests would be especially susceptible to perceived secular moral decay. The Pope's acknowledgement, that Catholic priests do not have the wisdom nor the moral compass to realize that raping children is wrong or harmful, is a remarkable admission, and hardly comforting.

This is not the first time that Pope Benedict has assigned blame to others for social evils. For example in September during a visit to Britain, he blamed atheism for Nazi atrocities, ignoring the widespread complicity of the Catholic Church in the Holocaust (and Adolf Hitler's vehement attacks on atheism). Around the same time Benedict also blamed atheists for environmental destruction and global warming.

Barbara Blaine, president of the American victims' group Survivors Network of those Abused by Priests, dismissed Benedict's attempt to have 1970s culture share the blame for pedophile priests. "It is fundamentally disturbing to watch a brilliant man so conveniently misdiagnose a horrific scandal," Blaine said in a statement.

Benjamin Radford is managing editor of Skeptical Inquirer science magazine and author of Media Mythmakers: How Journalists, Activists, and Advertisers Mislead Us. His Web site is www.RadfordBooks.com.