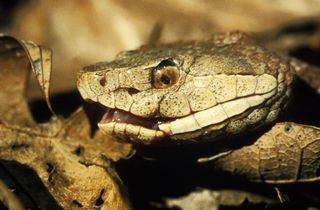 New Gallery: Snakes of the World

To make himself immune against poisonous snakes, the paranoid Pontic King Mithridates is rumored to have taken small daily doses of venom.

Scientists think they might have discovered an easier way.

Immune cells responsible for the runny noses and itchy eyes associated with asthma and allergy attacks could help protect us against the venom of certain snakes and insects, a new study shows.

The finding overturns a conventional wisdom in medicine that the immune system exacerbates the effects of venomous bites and stings. The revised thinking could lead to new antivenom treatments, the researchers say.

Mast cells release a wide range of biological compounds that promote inflammation and other changes to tissue when triggered by parasites, bacteria or foreign substances such as venom. In some people, they can be activated by irritants such as pollen, causing allergic reactions.

Scientists previously thought that mast cell activation in response to chemicals in venom made the bites and stings of snakes and insects worse. But the new study, detailed in the July 28 issue of the journal Science, finds that a protein, called carboxypeptidase A and released by mast cells, actually helps break down venom.

When exposed to mole viper venom, mice who had normal levels of mast cells could withstand 10 times the dosage of venom than mice with no mast cells. The rodents showed similar results when tested with the venom of western diamondback rattlesnakes, southern copperhead snakes and even a species of honeybee.

"The mast cells significantly limit not only the toxicity, but also the mortality associated with the venom," said study team member Stephen Gail of the Stanford University School of Medicine.

Snake bites contain varying amounts of venom, and mast cells appear to be most helpful when the amount of venom delivered is below or near the lethal dose. The researchers are currently testing to see whether mast cells in humans respond in the same way as mouse mast cells do.