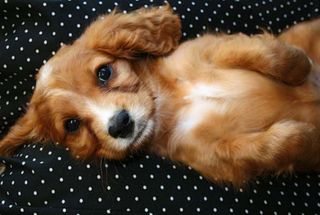 To get a sense of the not-so-subtle ways humans have influenced the course of evolution, one wouldn't need to look further than Fido.

A new study reveals that the variety of skull shapes among domestic dogs has become just as diverse as the variety between other mammal species, such as bears, weasels,  and seals. In fact some dog breeds’ heads vary in shape by more than the variation between cats and walruses.

Although a previous study had pinpointed the very genes responsible for the wide range of differences seen in dogs today, researchers still find such diversity to be rather remarkable considering selective breeding of dogs is a fairly recent phenomenon.

"We usually think of evolution as a slow and gradual process," said study researcher Abby Drake of the of the College of the Holy Cross in Massachusetts. "But the incredible amount of diversity in domestic dogs has originated through selective breeding in just the last few hundred years, and particularly after the modern purebred dog breeds were established in the last 150 years."

In contrast, Carnivora, the larger family in which domestic dogs belong, dates back at least 60 million years.

To assess the degree of diversity in domestic dogs, the investigators measured the positions of 50 recognizable points on the skulls of dogs and their relatives from the rest of the order of Carnivora and analyzed shape variation.

Their analysis, detailed in the current issue of American Naturalist, showed that the skull shapes of domestic dogs not only varied as much as those of the whole order, but that the extremes of diversity were further apart in domestic dogs than in the rest of the order. For example, the researchers note that a Collie was shown to have a skull shape that is more different from that of a Pekingese than the skull shape of the cat is from that of a walrus.

Typically, adaptations in the wild are selected for based on whether they help an organism mate and avoid disease and predators. However the researchers conjecture that such rules no longer apply once a dog is domesticated.

"For dogs, we have created a whole new set of selection rules," Drake told LiveScience in an e-mail. "Finding or hunting food is not something they need to be able to do and most modern breeds probably wouldn't be able to. We also arrange their reproduction, and we protect them from anything that might harm them including disease.

And, of course, many dogs don't look much like their wild ancestors anymore. "Instead, we select them based on our own ideas of what they should look like," she said.

Drake’s team also found that pet dog breeds had even greater variability than all the other categories (hunting, herding, guarding) of domesticated dogs put together.

"Dogs are bred for their looks not for doing a job, so there is more scope for outlandish variations, which are then able to survive and reproduce," said study researcher Chris Klingenberg, a biologist at the University of Manchester.

But as different as they may appear, the researchers note that, genetically-speaking, domestic dog breeds have managed to stay pretty much the same. Dogs, wolves, coyotes and jackals all have the same number of chromosomes and can still interbreed and produce viable offspring.

"This study illustrates the power of Darwinian selection with so much variation produced in such a short period of time. The evidence is very strong," said Klingenberg.