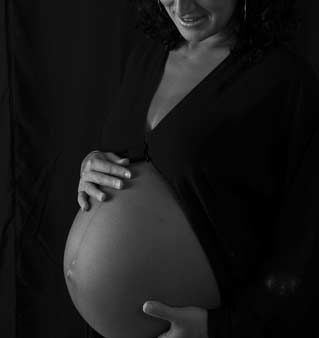 Babies born in the United States are getting smaller, according to a new study. The findings suggest that birth weights in this country have declined during the past 15 years, most dramatically among the least likely group of mothers.

The researchers estimate that birth weights for full-term babies have decreased by an average of 1.83 ounces (52 grams) between 1990 and 2005.

And weights were down even further in infants born to a subset of women considered to be at low risk for small babies: Mothers who were white, well-educated, married, non-smokers, and who received early prenatal care and delivered vaginally with no complications, had babies who weighed an average of 2.78 ounces (79 grams) less at birth during the study period.

The researchers don't know the reason behind the decrease in birth weights, and their study showed the rise in cesarean sections and inductions of labor aren't to blame.

The new findings run counter to earlier studies showing that birth weights, calculated from a combination of fetal growth and length of gestation, have increased steadily over the second half of the 20th century, the researchers say. And while some recent research has indicated that the average U.S. birth weight is decreasing, those studies included both pre-term babies and infants from mothers who carried multiples (which are often smaller than average).

In fact, the researchers of the new study suspected that if they accounted for factors such as early births and multiples, they would see a continuation of the upturn in birth weight, but instead saw the contrary.   The study analyzed data on birth weight, maternal and neonatal characteristics, obstetric care and other trends from the National Center for Health Statistics Natality Data Sets, looking at nearly 37 million U.S. babies born at full-term between 1990 and 2005.

The analysis included factors such as the mothers' age, race or ethnicity, education level, marital status and tobacco use, as well as the amount of weight gained during pregnancy and how early in pregnancy they received prenatal care. They also considered the women's risk of conditions like hypertension and use of obstetric procedures, such as induction of labor and cesarean delivery.

They saw that the birth weight declines were especially notable after 1995.

The results also showed that the average gestation length among full-term births dropped by more than two days.

The causes of both declines remain unclear. "A logical conclusion might be that trends in obstetric management, such as greater use of cesarean delivery and induction of labor, might account for these decreases in birth weight and gestation length," said study researcher Emily Oken, assistant professor of population medicine at Harvard Medical School. "However, our analysis showed that this was not the case."

The decline may simply represent a reversal of previous increases in birth weights. But it may also be cause for concern: Babies born small face short-term complications, such as increased likelihood of requiring intensive care after birth and higher risk of death, as well as an increased risk for chronic diseases in adulthood.

Future research may identify other factors not included in the current data that might contribute to lower birth weight, such as trends in mothers' diets, physical activity, stress, and exposure to environmental toxins, the researchers say.

The results will be published in the February 2010 issue of the journal Obstetrics & Gynecology. The research was funded by the National Institutes of Health.