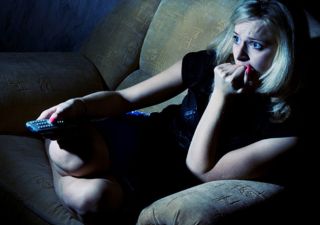 People can find solace from loneliness in their favorite TV shows, according to studies at the University of Buffalo in New York.
(Image: © Dreamstime)

Don't feel delusional for turning to favorite television characters on "Lost" or "Brothers and Sisters" for comfort – new research suggests that such illusory relationships can buffer people against loneliness or sadness.

Subjects in one study who felt down from remembering unhappy moments of social rejection soon perked up upon writing about their favorite TV shows and characters. This supports the "social surrogacy hypothesis," where technology provides a sense of social belonging when real social connections are lacking.

"Normally rejection has a horrible effect on us, because we're a very social species," said Shira Gabriel, a psychologist at the University of Buffalo in New York who conducted four studies on the issue. "But with our favorite TV shows, we're no longer sad."

Much of the early research in this realm was based on the self-reports of college students. But taken together, four new studies indicate that even relationships with nonexistent fictional characters can affect people in very real ways.

The results may illustrate how certain television shows can hold the fascination of viewers, which has caused some psychologists and parents to worry about the social consequences. Even science fiction author Ray Bradbury said that his classic story about book burning, "Fahrenheit 451," was more about the unhealthy attachment to mindless television than about censorship.

Indeed, "Fahrenheit" character Mildred prefers spending time with her television "family" rather than with her husband. "Poor family, poor family, oh everything gone," Mildred mourns as she flees their burning home at one point in the story.

Plenty of anecdotal evidence exists in the real world for a powerful human attachment to fictional characters on TV, in books and in video games. The rabid fandom for certain stories, ranging from Jane Austen's "Pride and Prejudice" to the comics and movies of "Batman," may also speak for itself.

"If you're having a lonely time or feeling down one evening, you can pick up Harry Potter and feel like you're connecting to Harry or Hermione or Ron," Gabriel told LiveScience. She compared it to using a diet pill to stop from feeling hungry, or in this case filling that sense of social emptiness.

Researchers also manipulated the social feelings of students in three of the four studies, and used common self-report assessment scales to gauge the emotional states. Students who spent time thinking about favorite TV programs seemed protected against drops in self-esteem and increases in negative mood.

This fits with previous research that has found some association between unhappiness and more television-watching, although whether that's a good or bad thing remains to be decided.

Gabriel and her colleagues have already begun conducting further research on how this social fulfillment from stories affects real-world emotions. Their work will hopefully provide more clues to researchers already trying to make the connection between real-world social networks and the more illusory connections with fictional worlds.

Sometimes even enthusiastic TV viewers can't believe how attached they are to their favorite stories, Gabriel said.

"They think it's almost illogical – you watch a show or get a book and you think, 'Stupid, these people don't even exist,'" Gabriel said. "But that's the beautiful thing about human empathy."

The full research is detailed in the May issue of the Journal of Experimental Social Psychology.