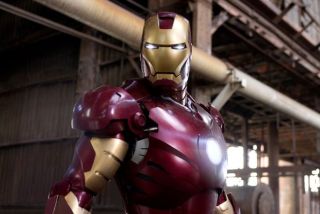 When the worlds of science and Hollywood collide, the results often highlight the differences between the two realms instead of celebrating their similarities. The National Academy of Sciences is trying to change that with a new initiative called, "The Science and Entertainment Exchange."

"This is the Academy's first formal effort to reach out to Hollywood," said Ralph Cicerone, president of the National Academy of Sciences. "We are very excited to launch this initiative."

At the Creative Artists Agency in Los Angeles Wednesday, film directors and screenwriters were inspired and entertained while listening to some of the top scientists in engineers in the country talk about their research.

"It's like introducing your two best friends that have never met before," says Jerry Zucker, a director for the movies Airplane! and Ghost. "Scientists and Hollywood are really two sides of the same coin."

The goal of the initiative is to connect the entertainment industry with scientists and engineers to work on everything from movies, television and even video games The Exchange's launch was hosted by Seth MacFarlane, creator and producer of the animated series Family Guy. He encouraged attendees to get enthused about science. "I grew up watching Star Trek and I remember we used to be so excited about NASA and what they were doing, but you don't hear about it much anymore and people don't seem to be as interested. We need to get people excited about science again, because they are so many interesting things that are happening."

Hollywood directors, producers and writers had a chance to learn about some of the hottest science and engineering topics from the top experts from several fields of research. Steve Chu, a physicist and director at Lawrence Berkley National Lab and the 1997 Nobel Prize winner in physics, described the future of climate change by showing effects of global warming that will be apparent in our lifetime. Rare and infectious diseases were described by Bonnie Bassler, a molecular biologist at Princeton University who has spent her career studying bacteria that glows in the dark. Astrophysicist Neil deGrasse Tyson, director of the Hayden Planetarium at the American Museum of Natural History, talked about our place in the universe, while the future of personalized medicine and genomics was discussed by J. Craig Venter, a biologist who led the private effort to sequence the human genome.

Artificial intelligence and cutting-edge robotics was explored by Rodney Brooks, a roboticist and chief technical officer of Heartland Robotics, while some of the mysteries of the brain were revealed by neurologist V.S. Ramachandran, director of the center for Brain and Cognition at the University of California, San Diego.

While the science underlying some of the talks was complicated, the sessions avoided the feel of classroom lectures because the intimate settings allowed the film industry professionals ask questions and talk informally with the scientists.

Zucker summed the event up by using Humphrey Bogart's famous line from Casablanca:"This is the beginning of a beautiful friendship."