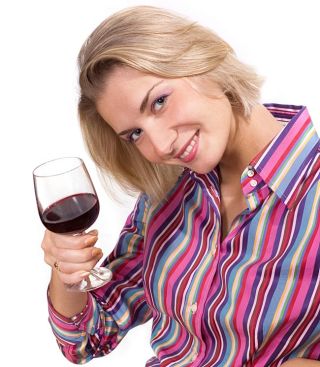 According to a new study, a cocktail of compounds found in both red and white wine fights germs that can cause dental plaque as well as sore throats.

“Exposure to wine had a persistent antibacterial effect,” the authors wrote in their study, detailed in an upcoming issue of the Journal of Agricultural and Food Chemistry. Prior to their research, the authors said the effects of wine against germs found in the mouth hadn’t been studied.

Red wines have stronger bacteria-fighting effects than white wine, although not by much. Curiously, the acidity and alcohol isn’t responsible for wine’s germ-fighting properties—instead, it’s a collection of organic (carbon-containing) compounds found in the drink.

After isolating the compounds from wine, which included lactic, malic, succinic and tartaric acids, the researchers neutralized their acidity. They then showed that the isolated antibacterial compounds were more successful than wine alone at killing 99.9 percent of the dental and sore throat bacteria, even when used in far lower concentrations than found in wine.

Because the mixture worked better outside of the wine, the researchers think that something in the beverage dampens its powerful germ-fighting abilities—comparable to antiseptic mouthwashes found in stores.

But don’t run out and gargle wine before brushing just yet, as the acids in wine can actually soften the hard but thin coat of protective tooth enamel.

“Sipping or holding acidic drinks in the mouth before swallowing increases the risk of erosion on dental enamel,” said Dr. David Bartlett of the Academy of General Dentistry. To cut down on this risk, Bartlett recommends waiting at least 20 minutes before brushing after eating any acidic foods.