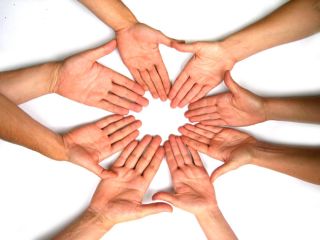 A quick look at the lengths of children's index and ring fingers can be used to predict how well students will perform on SATs, new research claims.

Scientists have known that different levels of the hormones testosterone and estrogen in the womb account for the different finger lengths, which are a reflection of areas of the brain that are more highly developed than others, said psychologist Mark Brosnan of the University of Bath, who led the study.

Exposure to testosterone in the womb is said to promote development of areas of the brain often associated with spatial and mathematical skills, he said. That hormone makes the ring finger longer. Estrogen exposure does the same for areas of the brain associated with verbal ability and tends to lengthen the index finger relative to the ring finger.

To test the link to children's scores on the College Board's Scholastic Assessment Test (for which the name has changed a number of times in the past 100 years), Brosnan and his colleagues made photocopies of children's palms and measured the length of their index and ring fingers using calipers accurate to 0.01 millimeters. They used the finger-length ratios as a proxy for the levels of testosterone and estrogen exposure.

The researchers then looked at boys' and girls' test performances separately and compared them to finger-length ratio measurements. They found a clear link between high prenatal testosterone exposure, indicated by the longer ring finger compared to the index finger, and higher scores on the math SAT.

Similarly, they found higher literacy SAT scores for the girls among those who had lower prenatal testosterone exposure, as indicated by a shorter ring finger compared with the index finger.

The researchers also compared the finger-lengths ratios to all the children's SAT scores and found that a relatively longer ring finger—indicating greater prenatal exposure to testosterone—meant a wider gap in scores for math versus literacy (writing and critical reading).

"Finger ratio provides us with an interesting insight into our innate abilities in key cognitive areas," Brosnan said, in a prepared statement. The results will be detailed in an upcoming issue of the British Journal of Psychology.

In the future, his team will see if finger-length ratios are related to other cognitive and behavioral issues, such as technophobia, career paths and possibly dyslexia.