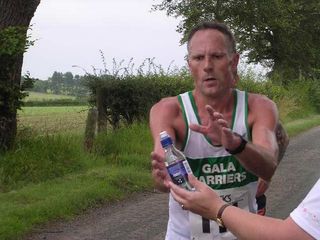 New research suggests our bodies bounce back from a tough workout more quickly than we might think.

Training often and hard seems to be the key.

Researchers studied the exercise regimens and recovery times of 25 men competing in an Ironman triathlon, a three-part race consisting of a 2.4-mile swim, a 112-mile bicycle leg, and a 26.2-mile marathon run.

Although this competition is much more taxing than your standard cardio kickboxing class, researchers were surprised to see how quickly the athletes' bodies recovered. It takes about two week for muscles and tendons to fuly recover after an Ironman triathlon.

But one day after the race the competitors' heart rates, cardiac output, and blood pressures had returned to baseline levels. Within three days, other system changes brought on by activity also reverted to normal.

While well-trained athletes generally have increased parasympathetic tone at rest, researchers expected sympathetic effects to last well after a triathlon. However, the fastest finishers, who also trained the most, also maintained a relatively low level of sympathetic tone.

"The low level of sympathetic tone also contributes to the fast recovery time," said David Spierer, director of the Human Performance Laboratory at Long Island University. "These physiological findings are very interesting and could significantly impact training of athletes in the future."

This research, announced today, was detailed in the Journal of Applied Physiology.