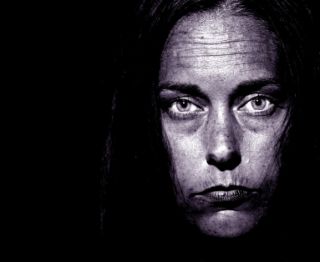 No single cookie-cutter model for suicide can explain an individual's desire to take his or her life. And that's good news, said one psychologist who studies suicidal behaviors across cultures.

To the surprise of many people, suicide is more common than homicide. Many suicide stereotypes would suggest men and women differ in their suicidal behaviors in predictable ways that hold true regardless of culture. For instance, experts have thought that women are more likely to engage in suicidal behavior than men, yet they ultimately die of suicide at a lower rate because their suicide attempts tend less often to be fatal.

That gender paradox holds up for some women in the United States but may not in other countries, according to Silvia S. Canetto of Colorado State University. Canetto’s research suggests culture is key in shaping suicide tendencies as well as how we view suicide. If suicide isn't a one-size-fits-all behavior that holds across the board, there's hope for change, she contends.

"All of a sudden you realize it's not an inevitable general, universal pattern that men are more likely to die of suicide than women," Canetto told LiveScience. "Then you can see the behavior is not fixed. It's a modifiable characteristic." And if it's modifiable, an understanding of the particulars of suicide for a particular group could help experts work to reduce suicide.

In order to lower rates of suicide and suicidal thoughts, scientists must take culture as well as the resulting complex and often "messy" picture of the behavior into account, Canetto said.

Canetto will present her ongoing research Thursday at the 118th Annual Convention of the American Psychological Association in San Diego, Calif.

While the suicide gender paradox is common, it's not universal. Take China, where women die of suicide at higher rates than men, and Finland and Ireland, where men and women engage in nonfatal suicidal behavior at similar rates.

Even the definition of suicide varies by culture. In most industrialized countries, suicide is considered a self-inflicted act. But in Papua New Guinea's Kaliai district the ritual killing of Lusi widows by male kin is considered suicide. The widows presumably demand to be killed to avoid becoming dependent on their children, Canetto finds.

In some cultures, particularly in industrialized countries such as the United States and Canada, suicide is considered a masculine act and an "unnatural" behavior for women, Canetto said.

"In these countries, the dominant view is that 'successful, completed' suicide is the masculine way to do suicide. In the U.S., women who kill themselves are considered more deviant than men," Canetto said. "By contrast, in other cultures, killing oneself is considered feminine behavior (and is more common in women)."

Among the Aguaruna of the Peruvian Amazon, where women have a high rate of suicide death, suicide is considered a feminine behavior and a sign of weakness and the inability to control strong emotions. So when a man kills himself he is considered to have acted in a womanly fashion, researchers have found.

In Sri Lanka, however, the same types of issues (problems with spouses, parents, or in-laws) are typically associated with both women's and men's suicides.

Once certain social norms are in place, Canetto says, they tend to perpetuate themselves.

"Everywhere, suicidal behavior is culturally scripted," Canetto said. "Women and men adopt the self-destructive behaviors that are expected of them within their cultures."

In the Peruvian Amazon, where suicide is considered a female act, it is still considered weak and wimpy.

Another social notion is that aging is tied to suicide because as people get older, they tend to get sicker. Among Native American men, suicide rates aren't higher among older than younger men, suggesting it's not age alone, ethnicity alone, or even gender alone that determines suicidal behavior, she finds.

"You can see that it makes the picture more complex, the story less easy to tell, but also a prevention effort much more hopeful, because you can see there's nothing intrinsic to being a male or to being older" that makes one more likely to commit suicide, Canetto said.