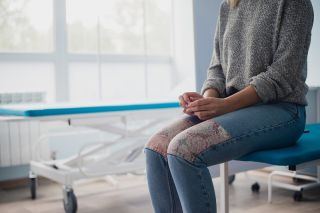 A woman's birth control implant that went missing from its proper place in her arm turned up in her lung, according to a new report of the case.

The 31-year-old woman, who lives in Portugal, had a birth control implant inserted into her upper arm in 2017, according to the report, published July 9 in the journal BMJ Case Reports.

This small, rod-shaped device is placed under the skin and releases a steady dose of hormones into the bloodstream to prevent pregnancy. The device lasts up to five years, after which it needs to be replaced, according to Planned Parenthood.

The woman had previously used birth control implants without any problems — she'd received her first device in 2010 and a replacement in 2013. But with her most recent implant, she started to experience abnormal vaginal bleeding. Because of this, doctors planned to remove the implant; but when they tried to find the device in her arm, they realized it wasn't where it should have been, the report said.

An X-ray revealed that the implant had traveled from the woman's arm into her left lung.

Such "migration" of a birth control implant is very rare, the authors said. But it has been reported before. In a 2017 report published in the journal Obstetrics & Gynecology Science, doctors in Korea described the case of a 37-year-old woman whose birth control implant also migrated from her arm to her lung, according to Business Insider.

Women may be at higher risk for implant migration if the device isn't placed properly in their arm. For example, if the implant is placed too deeply under the skin, it may move into a vein and travel to the lung, according to the authors of the new report. Vigorous exercise after placement of the device may also increases the risk of migration, they said.

Procedures to insert the device "should only be undertaken by those with relevant training," the authors of the 2017 report wrote. "Complications ... are rare in the hands of medical professionals familiar with the [insertion] techniques."

In the current case, the woman underwent surgery to remove the implant from her lung. The surgery was successful, and she didn't experience any complications, the report said.

Birth control implants are not the only contraceptive devices that may "travel" in the body in rare cases. In 2017, doctors in China reported the case of a woman whose IUD traveled from her uterus to her bladder.