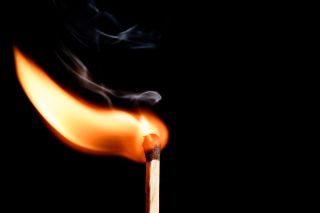 Imagine smelling your flesh burning before feeling it.

A 71-year-old woman in Scotland has lived her entire life like that, not only not feeling the pain of burns but any other pain as well. Her extremely rare insensitivity to pain is caused by a mutation in a gene previously thought to be useless in the body, according to a new report of her case, published yesterday (March 27) in the Journal of Anaesthesia.

Doctors first realized that there was something different about the woman when she had hand surgery and reported feeling no pain before or after the procedure. She later told doctors that a year earlier, she was diagnosed with osteoarthritis in her hip and scans showed she had severely degenerated joints — yet she felt no pain. [5 Surprising Facts About Pain]

The revelations prompted a group of researchers at the University College London and the University of Oxford to carry out genetic tests to see what could be driving her pain insensitivity.

The team found two specific mutations in her genes.

One mutation was a tiny deletion in a not-well-documented "pseudogene" — a segment of DNA that is thought of as a nonfunctional copy of a parent gene — called FAAH-OUT. The second was a mutation in the original gene, called FAAH.

After being duplicated from the FAAH gene, the FAAH-OUT pseudogene accumulated a number of mutations that prevent it from coding for a protein like the FAAH gene does, said co-senior report author James Cox, a senior lecturer in pain genetics at University College London. As a result of these mutations, FAAH-OUT "has probably evolved a whole new function," though it's unclear what that function is.

(These FAAH-OUT mutations aren't unique to the woman in Scotland, however. What is unique in her case is the tiny portion that’s deleted from the pseudogene.)

Another group of researchers at the University of Calgary in Canada confirmed the genetic findings by analyzing the woman's blood. They found that she had higher blood levels of compounds that are typically broken down by the FAAH protein. One such compound is a neurotransmitter called anandamide, which has been shown in previous research to reduce anxiety and pain, Cox told Live Science.

Indeed, the woman also said that she has very little anxiety and never panics, even in dangerous situations, according to a statement from the University College London. Her wounds also tend to heal very quickly, a result consistent with previous research conducted on mice that lack the FAAH gene.

It is "very likely" that other people with this specific set of mutations in the FAAH-OUT and FAAH exists, Cox said. "It is often the case that when a particular disorder is first reported, other patients with [similar symptoms] come forward."

Now, the researchers hope to learn about how the FAAH-OUT pseudogene functions. To do so, they plan on using gene-editing technology to mimic the mutation seen in the woman, Cox said. This might lead to potential treatments that could reduce pain or accelerate wound healing after surgery, or even aid in chronic pain and anxiety disorders, the researchers wrote in the report.

"I would be elated if any research into my own genetics could help other people who are suffering," the woman said in the statement. "I had no idea until a few years ago that there was anything that unusual about how little pain I feel — I just thought it was normal.

"Learning about it now fascinates me as much as it does anyone else," she added.