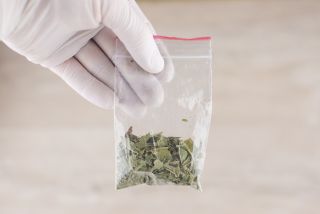 Synthetic marijuana, made from chemicals sprayed onto plant material, can have a range of effects and is thought to be more dangerous than natural marijuana. The drug, which is sometimes referred to as K2 or spice, has been linked to serious side effects, such as seizures and psychosis.

But it's difficult to predict how synthetic marijuana will affect users, so a group of researchers in the Netherlands tested the substance's effects on 17 healthy volunteers in the lab. Their findings were published March 14 in the journal Cannabis and Cannabinoid Research.

Five of the participants were given a fixed dose of the synthetic marijuana, with the amount based on their body weight, and the remaining 12 received variable amounts.

Results showed that the synthetic cannabinoid increased heart rate within the first hour of smoking and significantly impaired memory. But there was a huge variation in how people reported feeling, with only about half of the participants reporting feeling "high." There was also a big variation in the amount of the substance that ended up in people's bloodstreams.

"We think that's due to our way of administration, which was [in and of itself] a challenge," said lead study author Eef Theunissen, a researcher in neuropsychopharmacology at Maastricht University in the Netherlands.

To administer the compounds, the researchers created their own glass pipe that heated up the substance, and the participants then inhaled the resulting vapor through an attached plastic piece. When the researchers analyzed the air tube after the study, they found that there was some residue left over. In addition, some of the vapor could have escaped, so some people could have inhaled less.

But this is similar to "what happens in real life," Theunissen told Live Science. "People inhale [the drug] in different ways, and the amount that they inhale is very unpredictable."

Ultimately, the dose of the drug given was a lot lower than what's been reported in overdose cases. That led Theunissen and her team to conclude that the serious side effects that are often seen in overdoses are probably due to higher doses of the drugs or a combination of different synthetic cannabinoids.

JWH-018 is "one of the old" synthetic cannabinoids and it's not as popular anymore, Theunissen said. It's been replaced by newer, more potent compounds, and so the results are likely an "underestimation of what's happening on the streets," she added.

Part of the problem with synthetic cannabinoids is that there are so many, Theunissen said. Indeed, Live Science previously reported that there are thousands of synthetic cannabinoids on the market, and more are constantly being synthesized. When one specific compound is made illegal, manufacturers tweak the structure slightly so that the substance isn't covered by laws or can't be detected in drug tests.

Though the results of the new study can't really be translated to what's happening on the streets, "we had to start somewhere," Theunissen said.

This was the first experiment that studied synthetic cannabis in a controlled setting, and Theunissen said she hopes it'll be a good jumping-off point for other studies, such as those comparing the synthetic drug's effects to those of pot.