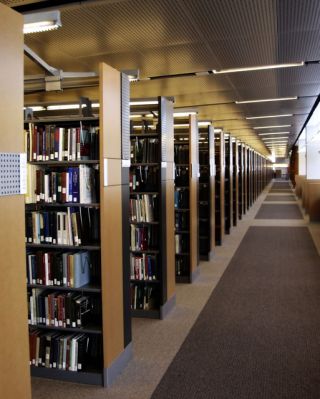 Photo taken by Christopher Bruno. There are no usage restrictions for this photo

Children who grow up in households where books are plentiful go further in school than those without books, a new study finds.

This book benefit was seen across countries, and held regardless of the parent's educational background, the country's Gross Domestic Product, father's occupation or the political system of the country, the researchers say.

The results, based on data from 73,249 people living in 27 countries, including the United States, show that having a 500-book library boosted a child's education by 3.2 years on average.

"You get a lot of 'bang for your book,'" said study researcher Mariah Evans, a sociologist at the University of Nevada, Reno. "It's quite a good return-on-investment in a time of scarce resources."

For years, educators have thought the strongest predictor of attaining high levels of education was having parents who were highly educated. But according to the findings, a good-sized book library is just as good as university-educated parents in terms of increasing education level.

"Even a little bit goes a long way," in terms of the number of books in a home, Evans said. Having as few as 20 books in the home still has a significant impact on propelling a child to a higher level of education, and the more books  add, the greater the benefit.

In some countries, such as China, having 500 or more books in the home propels children 6.6 years further in their education. In the United States, the effect is less, 2.4 years. But, Evans points out that 2.4 years is still a significant advantage in terms of educational attainment.

For example, according to the U.S. Census Bureau's American Community Survey, Americans who have some college or an associate's degree, but not a bachelor's degree, earn an average of $7,213 more annually than those with just a high school education. Those who attain a bachelor's degree earn $21,185 more each year, on average, than those with just high school diplomas.

Having books in the home is twice as important as the father's education level, and more important than whether a child was reared in China or the United States.

The results are published online in the journal Research in Social Stratification and Mobility.