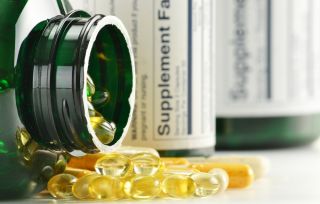 Preventing depression isn't as simple as taking a dietary supplement every day, a new study suggests.

The study found that people who took a multivitamin every day for a year were just as likely to develop depression as those who took a placebo.

The study was spurred by earlier research suggesting that certain diets and low levels of certain nutrients are linked with a higher risk of depression.

"Diet and nutrition held promise as one means to reach large numbers of people" and potentially lower their risk of depression, study co-author Ed Watkins, a professor of experimental and applied clinical psychology at the University of Exeter in the United Kingdom, said in a statement. "However, this trial convincingly demonstrates that nutritional supplements do not help to prevent depression." [7 Tips for Moving Toward a More Plant-Based Diet]

The study involved more than 1,000 people in the United Kingdom, the Netherlands, Germany and Spain. The participants were considered at risk for developing depression because they showed mild depressive symptoms on a survey, but they had not experienced an episode of full-blown depression in the last six months. In addition, all of the participants were overweight or obese, a group that's also considered to be at higher risk for depression.

The diet-focused behavioral therapy also did not appear to prevent depression overall. But there was some suggestion that it did help prevent depression among people who attended, at minimum, the recommended number of sessions (eight out of 21 sessions.)

This suggests that a behavioral therapy to improve diet might be helpful to prevent depression once participants receive a certain "dose" of therapy, but more studies will be needed to examine this, the researchers staid.

The study was published today (March 5) in the journal JAMA.