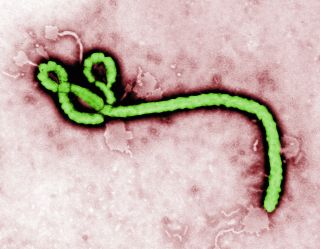 Update, 4:15 pm ET: Officials have confirmed the patient does not have Ebola, according to NBC News. An earlier version of this article was published below:

A patient in Pennsylvania is being tested for a possible Ebola virus infection, according to news reports.

On Wednesday (Feb. 6), the Hospital of the University of Pennsylvania (HUP) said that it was testing the patient for the deadly virus out of "an abundance of caution," according to local news outlet NBC 10 Philadelphia. Early test results suggest the patient has another condition that is the cause of their illness, but the hospital is taking precautions until the definitive results are in.

The hospital did not release any further information about the identity of the patient or how they were possibly exposed to Ebola.

Last month, an American man was monitored for symptoms of Ebola at a hospital in Nebraska. Doctors believed the man was possibly exposed to the virus while in Africa, but the man did not develop Ebola symptoms and was released from the hospital in mid-January, according to NBC News.

An outbreak of Ebola has been ongoing in the Democratic Republic of the Congo since August 2018. So far, at least 788 people in the country have been sickened by the disease, and 486 have died, according to the World Health Organization (WHO).

The Ebola virus can spread when a person comes into contact with an infected person's bodily fluids — such as blood, urine, stool, saliva or semen — and the fluids enter a healthy person's body through broken skin or mucous membranes, according to the WHO.