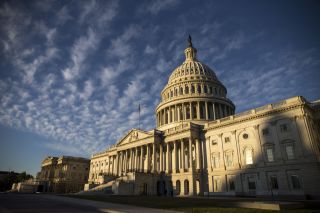 Last night, the Democrats regained a majority in the U.S. House of Representatives, and with it, leadership of the House Committee on Science, Space and Technology. What will this change mean for science?

The current committee chair, Lamar Smith, R-Texas, who will retire at the end of this term, has repeatedly denied that humans play a role in climate change. He also challenged climate scientists (such as by asking them to release documents and communications they sent amongst themselves regarding a study about the increased rate of global warming) as well as National Science Foundation (NSF).

Smith "not only ignored the problem [of climate change] but abused his authority as committee chair to launch attacks on climate scientists," said Michael Mann, a distinguished professor of meteorology at Pennsylvania State University and an outspoken advocate of combating human-caused climate change. [8 Ways Global Warming Is Already Changing the World]

With the change in congressional leadership, "now, we finally have a chance to move forward, though we have lost valuable time due to fossil fuel industry-funded politicians more interested in doing favors for their corporate funders than protecting the interests of the people they are supposed to represent," Mann told Live Science.

One of the major focuses of the committee should now be to make sure that "the agencies that are responsible for worrying about climate and the environment are doing their jobs," said Jonathan Moreno, a professor of bioethics at the University of Pennsylvania. That means, for example, respecting scientific evidence, he said.

Further, "there are major public health issues" that will arise with as the planet warms, Moreno told Live Science. "So the connection between climate change and new public health challenges needs to be made." These issues include an increase in the spread of mosquito-borne diseases, as warming temperatures expand their range. Indeed, the U.S. is already starting to see this, and "it's going to get worse," he added.

And as countries such as China accelerate the pace of their own research and development, the committee needs to address their plans to keep the U.S. in the lead globally, Moreno said.

Eddie Bernice Johnson, D-Texas, a former nurse, will most likely take Smith's place, becoming the first science committee chair since the 1990s to have a STEM (science, technology, engineering and math) background, according to The Washington Post. First elected to the House in 1992, Johnson is the first registered nurse to have held a seat in Congress and the first African-American and female ranking member of the Committee on Science, Space and Technology.

In a statement released on Election Day (Nov. 6), Johnson revealed a glimpse of how she saw the future of the committee.

"If I am fortunate enough to be elected chair of the Committee on Science, Space and Technology, a committee that I like to call the 'committee of the future,' I know that there is much that we can accomplish as Democrats and Republicans working together for the good of the nation," she said. Her agenda includes addressing "the challenge of climate change, starting with acknowledging it is real."

Her agenda also includes keeping the U.S. at the forefront of innovation such as by "defending the scientific enterprise from political and ideological attacks" and "challenging misguided or harmful administration actions," the statement said.

Johnson added that she intends to "restore the credibility of the Science Committee as a place where science is respected and recognized as a crucial input to good policymaking."

Indeed, the committee "had, until recent years, maintained a reputation for bipartisan policy work focused on the health of America's science and technology enterprise and the U.S. space program," said Neal Lane, a senior fellow in science and technology policy at Rice's Baker Institute for Public Policy in Houston. "Regrettably, under the committee's recent leadership, it became just another partisan political tool to attack certain fields of science and the scientists themselves."

Lane, who served as the director of the White House Office of Science and Technology Policy from 1998 and 2001 and as the director of the NSF from 1993 to 1998, told Live Science that though "much damage was done," Americans can now expect the committee to "return to serious policy matters in need of real attention." These areas include increasing the support for scientific research, restoring scientific advice in policymaking, and creating initiatives to address problems facing scientists and universities around the U.S., he said.