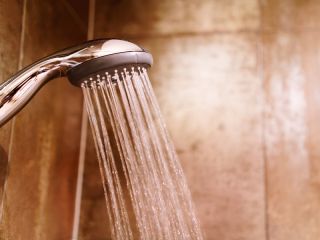 A woman who frequently ended up in the hospital with intense bouts of vomiting turned out to have a mysterious syndrome tied to heavy marijuana use, according to a new report of the case.

The 27-year-old woman had been hospitalized six times in the last year with episodes of severe vomiting, according to the report, by Dr. Umesh Sharma, chair of the Division of Community Hospital Medicine at the Mayo Clinic in Rochester, Minnesota. The woman reported experiencing nausea, vomiting and abdominal pain for two days prior to her most recent hospitalization. She described the pain as "squeezing" in her abdomen, along with a "bruised and sore" feeling in her back, the report said.

She told doctors that she had smoked marijuana since she was 20 and that over the last year, she had used the drug almost every day, according to the report, which was published Oct. 14 in the journal BMJ Case Reports.

Doctors considered several possible causes for her symptoms, including that she might have a stomach bug or a condition that causes inflammation in the abdominal organs, or she could be pregnant. However, test results, including a recent CT scan of her abdomen, came back normal, and she had a negative pregnancy test. [25 Odd Facts About Marijuana]

But her symptoms also fit those of a little-understood condition called cannabinoid hyperemesis syndrome. People with this condition are heavy marijuana users who have recurring bouts of severe nausea, vomiting and abdominal pain. Curiously, many people with the condition report that taking hot showers relieves their symptoms. And indeed, in this case, the woman said that hot showers seemed to temporarily relieve her symptoms.

The condition was first recognized in 2004, but U.S. doctors have reported seeing it more frequently in recent years. However, exactly what causes this condition and why hot showers help with the symptoms are not known. It's also unclear why only some marijuana users develop this condition.

But doctors do know that long-term use of drugs can result in changes in the brain and the nervous system, Dr. Kennon Heard, a toxicologist at the UCHealth University of Colorado Hospital, told Live Science in an April interview. In addition, doctors know that endogenous cannabinoids — compounds in the body similar to those found in marijuana — are integral to the body's pain system, said Heard, who was not involved in the woman's case.

One possible explanation for the condition is that long-term stimulation from the ingredient in marijuana that produces the drug's high — called tetrahydrocannabinol (THC) — alters the body's pain system in a way that results in the symptoms of cannabinoid hyperemesis syndrome.

If this is the case, hot showers may help to relieve symptoms by stimulating a different sensory signal that distracts the body from the pain signal, Heard said.

In the new report, the patient also received topical capsaicin, a medical cream or lotion that contains the  active ingredient capsaicin, which is derived from chili peppers. Capsaicin activates receptors in the body that sense heat and pain, and prolonged activation of these receptors is thought to reduce sensations of pain, according to the National Institutes of Health. The medicine helped relieve the woman's abdominal and back pain.

Although there's still much to learn about cannabinoid hyperemesis syndrome, it appears that quitting marijuana can, in many cases, cure the condition. Indeed, the patient in the new report was counseled about the possible side effects of heavy marijuana use, and she decided to stop using the drug. The patient's condition improved, and she left the hospital four days later, the report said.