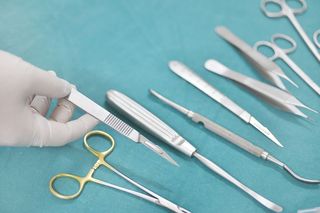 Each year, about 300,000 Americans have surgery to remove their appendix, but a new study suggests many of these people may not need to go under the knife. Instead, their condition could be safely treated with antibiotics, the researchers say.

The study looked at data from more than 250 adults in Finland who had appendicitis, or inflammation of the appendix, and were treated with antibiotics. This group was compared with another 270 adults who had surgery for appendicitis. All of the participants were followed for five years.

At the end of the study, nearly two-thirds of people who received antibiotics (64 percent) were considered "successfully treated," meaning they didn't have another attack of appendicitis. The other 36 percent eventually needed surgery to remove their appendix, but none of them experienced harmful outcomes from the delay, according to the study, published Sept. 25 in the journal JAMA.

Those who received antibiotics also had much lower rates of complications than those who had surgery; and people in the antibiotic group took 11 fewer days off from work, on average, than the surgery group.

The findings show that antibiotics instead of surgery is a "feasible, viable and a safe option," for patients, lead study author Dr. Paulina Salminen, a surgeon at Turku University Hospital in Finland, told CBS News.

Several previous studies had suggested that antibiotics could be used to treat appendicitis, but these studies did not follow patients for very long after their antibiotic treatment. The new study, however, followed patients for five years.

It's important to note that all patients in the study had uncomplicated appendicitis, meaning their appendix had not burst, which was confirmed with a CT scan. (Patients with a burst appendix would need surgery.)

The findings "dispel the notion that uncomplicated acute appendicitis is a surgical emergency," Dr. Edward Livingston, the deputy editor of JAMA, wrote in an editorial accompany the study.

Patients who have uncomplicated appendicitis should be offered the option of antibiotics, with the understanding that the treatment has a high chance of success, Livingston said. But these patients can also be treated with surgery "if they do not want to worry about the chance" of the condition comning back, Livingston concluded.