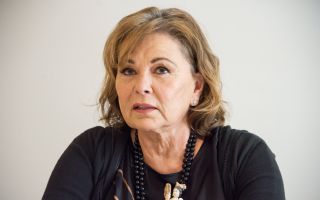 After a public uproar following a racist post she made on Twitter, actress Roseanne Barr tweeted today (May 30) that she wrote the offensive tweet while on Ambien, a sedative used to treat insomnia.

But can taking Ambien really lead to what Barr later called an "egregious indefensible" tweet? (Barr has since deleted the offensive tweet and the Ambien tweet.)

It's true that Ambien has been linked to odd behaviors. For instance, some people who take the sleeping pill essentially sleepwalk through everyday activities, such as cooking, driving or even talking to somebody in person without realizing it. The link between these unusual behaviors and the drug are so well known, that some people use the Ambien or "zombie" defense when explaining their actions. For instance, Sen. Robert F. Kennedy's daughter Kerry Kennedy said Ambien led to a drugged driving incident in 2012. [Top 11 Spooky Sleep Disorders]

Given Ambien's association with these sleepwalking behaviors, known as parasomnias, it is possible that Barr could have unknowingly tweeted while on the sedative, said Dr. Rita Aouad, a sleep-medicine specialist at The Ohio State University Wexner Medical Center.

"I don't know if there's been any documented cases of somebody logging in [to social media] and typing, specifically," Aouad told Live Science. "It's possible, but it's also possibly poor judgment."

Meanwhile, Sanofi, the pharmaceutical company that makes Ambien, noted in a tweet today that "while all pharmaceutical treatments have side effects, racism is not a known side effect of any Sanofi medication."

Ambien (generic name zolpidem) was approved by the U.S. Food and Drug Administration (FDA) in 1992 and has a different chemical structure than other hypnotic drugs, including benzodiazepines such as diazepam (brand name Valium) and alprazolam (Xanax), according to the FDA label for Ambien. It is intended to be a short-term, several-month treatment for insomnia, according to the label.

Ambien works by binding to the GABA-A receptor in the brain and inducing sleep, Aouad said. Doctors usually encourage people with insomnia to practice certain sleep habits, known as sleep hygiene, before prescribing a sleep medication such as Ambien, she noted. For instance, people who have trouble sleeping at night can try clearing their minds and avoiding electronics before bed, Aouad said.

What's more, Ambien isn't for a short nap. Patients should use it right before going to sleep for at least 7 to 8 hours, as it can make people drowsy even after they wake up. Drowsiness is such an issue with this drug that, in 2013, the FDA recommended that patients — especially women, who excrete the drug from their bodies at a slower rate than men do — lower their doses so they wouldn't be tired the next day when driving to work, Live Science previously reported.

Ambien's other common side effects are dizziness, diarrhea and a "drugged feeling," according to the label.

Its more serious side effects involve what Barr said she experienced — that is, "getting out of bed while not being fully awake and do[ing] an activity that you do not know you are doing," according to the label. Other side effects include behavior that is more outgoing or aggressive than normal, as well as confusion, agitation, hallucinations, worsening depression, and suicidal thoughts or actions, according to the label.

A person who experiences any of these severe side effects "should probably stop taking Ambien," Aouad said. Likewise, the label encourages anyone with these side effects to call their doctor right away.